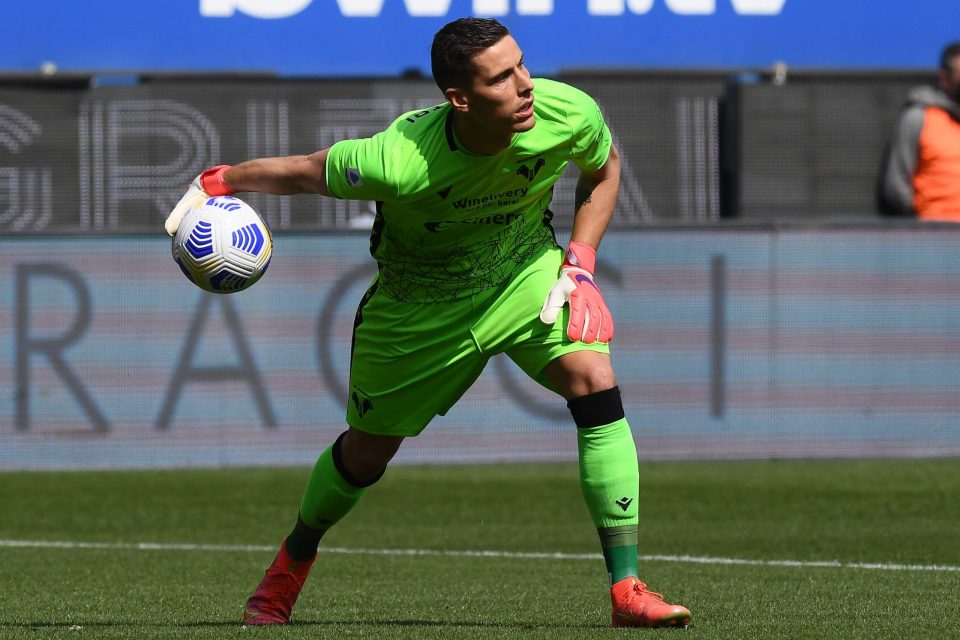 Inter could  bring in a new backup for first-choice goalkeeper Samir Handanovic in the form of Verona keeper Marco Silvestri, according to Italian media.

In a new report, Italian news outlet FCInterNews have claimed that the Italian keeper’s agent, Mino Raiola, is working to facilitate an exchange deal for the Verona keeper which would see Inter player Andrei Radu go the other way.

Radu made only two appearances for the Nerazzurri, being well behind Handanovic in the pecking order at the San Siro.

Silvestri, on the other hand, impressed with his performances for the Veneto-based club last season and could be the answer to Inter’s search for a deputy for Handanovic.

The former Leeds United keeper’s agent Mino Raiola has brought up the possibility of a switch in recent hours, although this is not the first time that such an exchange has been suggested.

No other clubs are thought to be seriously attempting to sign Silvestri at the moment.

It is also thought that Inter could hope to make a capital gain from the swap deal, if Radu’s valuation is higher than that of Silvestri.