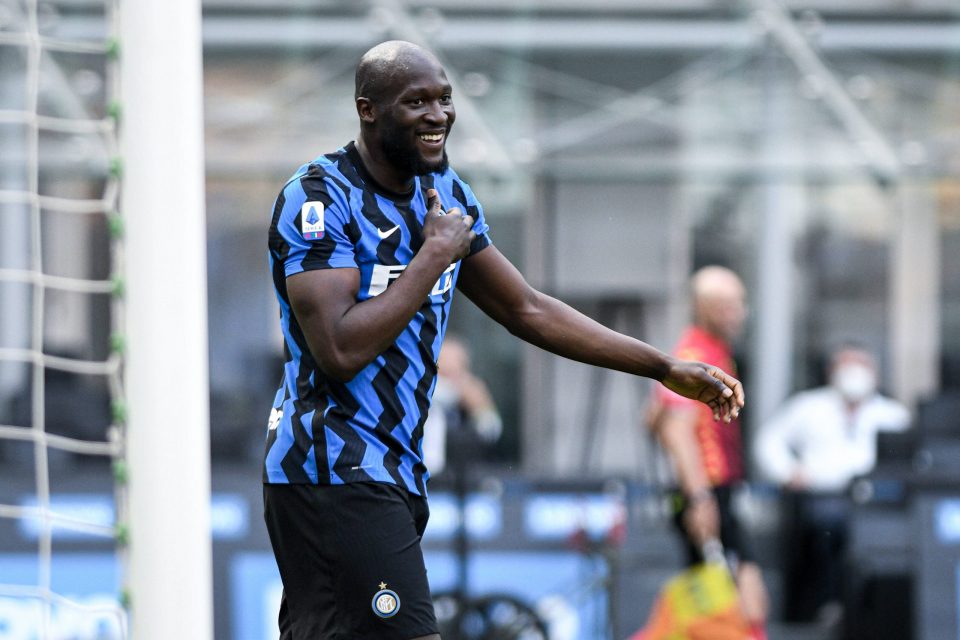 In a summer of upheaval Inter fans can take some solace in the fact that the situation of star striker Romelu Lukaku at the Giuseppe Meazza apperas to be secure.

This according to the player’s agent Federico Pastorello outside of Inter headquarters, who conducted a brief interview with Italian news outlet FCInterNews moments ago.

In the interview, Pastorello commented on the futures of his clients Lukaku and Joao Mario.

The agent stated that he was mainly working on the future of the Portuguese midfielder, but also briefly commented on the situation of the Belgian striker, whom he claimed is not currently considering a move away from Milan, but rather is happy at Inter.

Mario, on the other hand, is a player who is heavily expected to leave in the coming days, something which Pastorello confirmed by stating that he was primarily visiting to try and close the deal for the player’s transfer to Sporting at the moment.

“I was here for Joao Mario, we are trying to close the deal with Sporting,” he said, “let’s see if we can”

“There are another couple clubs after him, and we want to make sure that he’s happy. Let’s see what happens in the coming days. We’re optimistic.”

Pressed on the situation of another one of his clients, Lukaku, Pastorello expressed that there are no current transfer talks relating to the Belgian.

“He’s under contract with Inter. For this reason he is calm. [Lukaku] He is certainly happy to be here in Milan.”