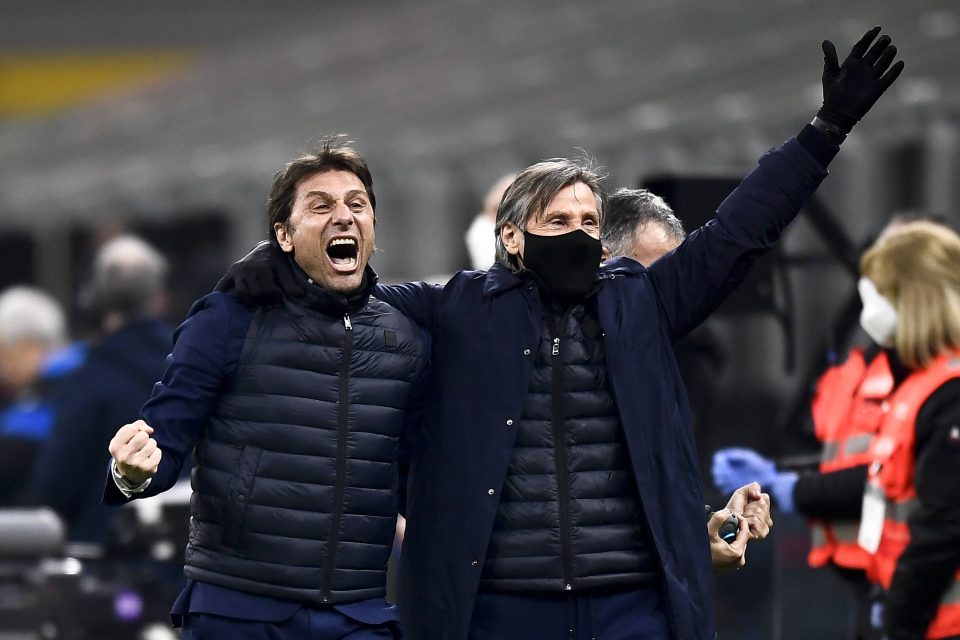 France coach Didier Deschamps has been discussing ex-Inter boss Antonio Conte ahead of the European Championship this summer in an English broadcast report.

Speaking during an interview with a BBC radio program called Sportweek, Didier Deschamps showed just how much admiration he has for Antonio Conte, who has coached the national side in the past.

“He is a winning coach. When a club takes him, they want him to win titles. The results are there for all to see and speak for him. The rest doesn’t matter.”

Didier Deschamps will be hoping that his French side can recreate the international dominance that neighbours Spain had between 2008 and 2012, where they won two European Championships and one FIFA World Cup.

France won the 2018 World Cup in Russia and are hot favourites to win Euro 2020 this summer. Didier Deschamps is clearly wary though of the quality that Italy possesses should the two teams face each other later in the tournament.

“Chiesa had a good season with Juventus, like Barella with Inter, but Immobile and Verratti are also precious elements. which should all be confirmed in a difficult and prestigious competition like the European Championship.”

Whilst the quality in the Italy squad is there for all to see, it pales in comparison when the team sheet of the French is viewed, with Paul Pogba, Karim Benzema, Kylian Mbappe and more at Didier Deschamps disposal.