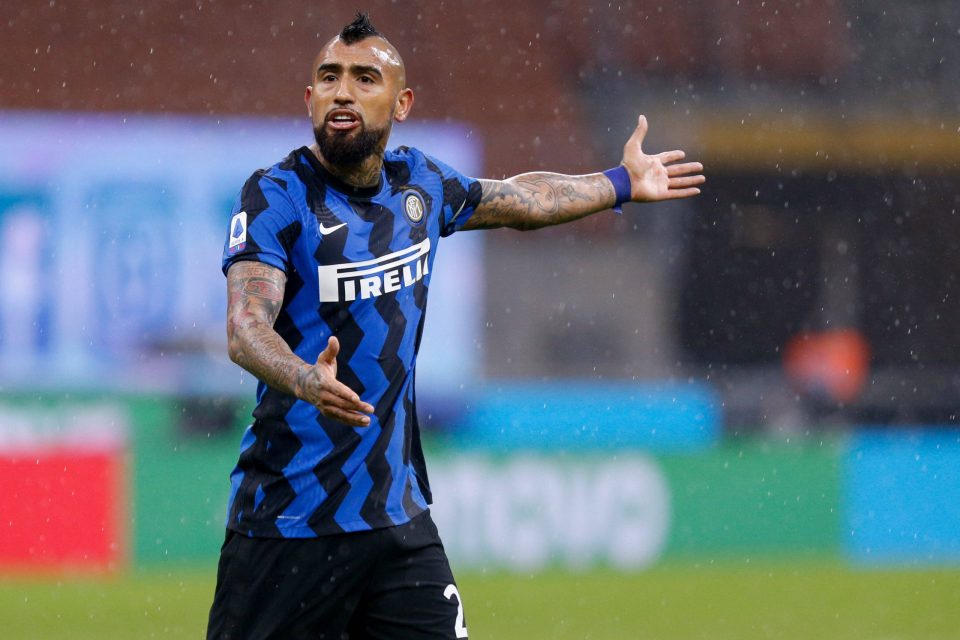 Inter could lose a number of their midfield players this summer as they seek to raise money from transfers, according to a report in the Italian print media today.

As has been reported in the Corriere dello Sport newspaper today, Inter are ready to let Arturo Vidal leave the club for free so that they can stop paying his wages. That will go some way to achieving the club’s goal of reducing the wage budget by 15%.

Arturo Vidal is currently away with Chile at the Copa America so a deal is unlikely to occur until after the tournament. His high wage could make finding a new club difficult though.

The other midfielders who could be heading for the exit door are Stefano Sensi and Roberto Gagliardini. Inter are not actively shopping the two Italians around but they are reportedly prepared to listen to offers for them.

Reports in England suggested Roberto Gagliardini could be a Liverpool target this summer.