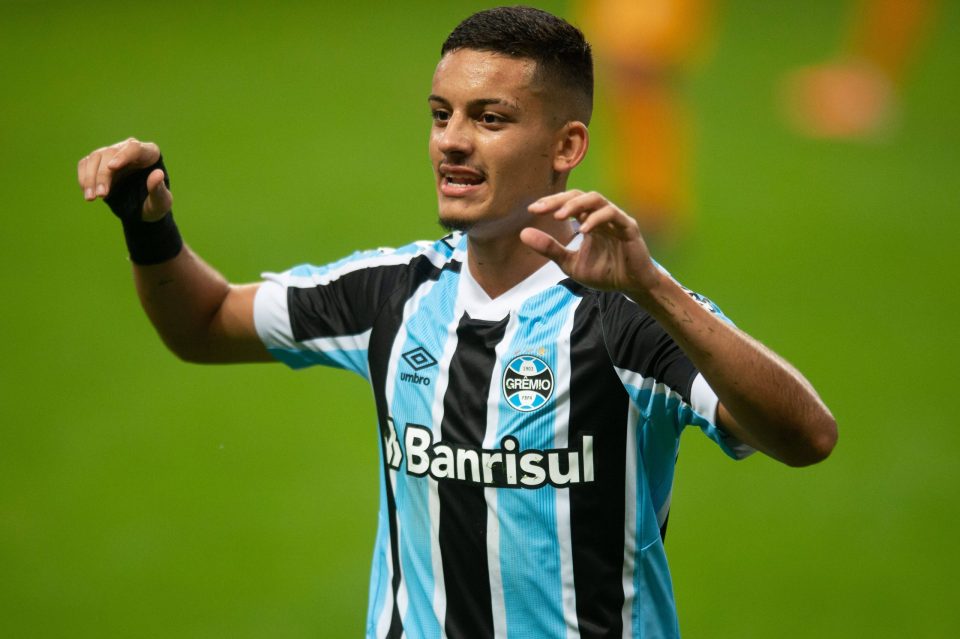 Inter are considering young Germio striker Ricardo Viana Filho as a target for the forward area this summer, although their first offer has been rejected.

Brazilian media outlet Globo Esporte report that the Nerazzurri could look to sign the 20-year-old Brazilian and have been in contact with his parent club Gremio.

The Brazilian club have rejected Inter’s original offer of €9 million as too low, and it remains to be seen how negotiations progress.

Gremio own 80% of the young Brazilian’s contract, and Inter will have to consider whether they want to raise their offer for their player or move on to other targets.

The player has been included on a list of the most promising young footballers in the world by Football Talent Scout, who compare his style of play to that of prolific Italy and Lazio striker Ciro Immobile.

Should Inter purchase the Brazilian he would be assessed to either go out on loan or become a part of Simone Inzaghi’s first-team plans.