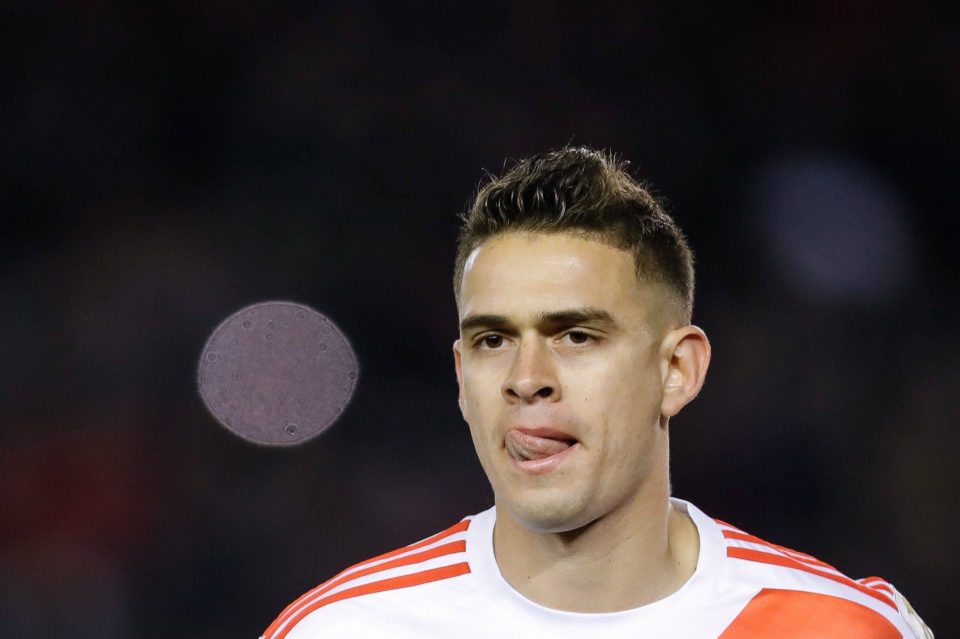 Inter target Rafael Santos Borre could move from River Plate to Serie A in a transfer which would involve the cooperation of Cagliari and Inter.

Argentine media outlet TYC Sports are reporting that the Nerazzurri and the Rossoblu are weighing up the possibility of moving together for the player in a complicated arrangement which would see the Sardinian club sign the Colombian from River Plate this summer before selling him to Inter for a specified fee in twelve months time.

The 25-year-old striker is thought to be on the radar of a number of European clubs including Inter, with his fine form in Argentina and the fact that his contract runs out at the end of the month.

The two Italian clubs are thought to have a good relationship with negotiations ongoing in several potential deals between the two including that to bring Cagliari midfielder Nahitan Nandez to the Giuseppe Meazza.

Cagliari also look set to sign Inter midfielder Radja Nainggolan in the coming days with the Belgian having spent the second half of last season on loan with the Sardinian club.