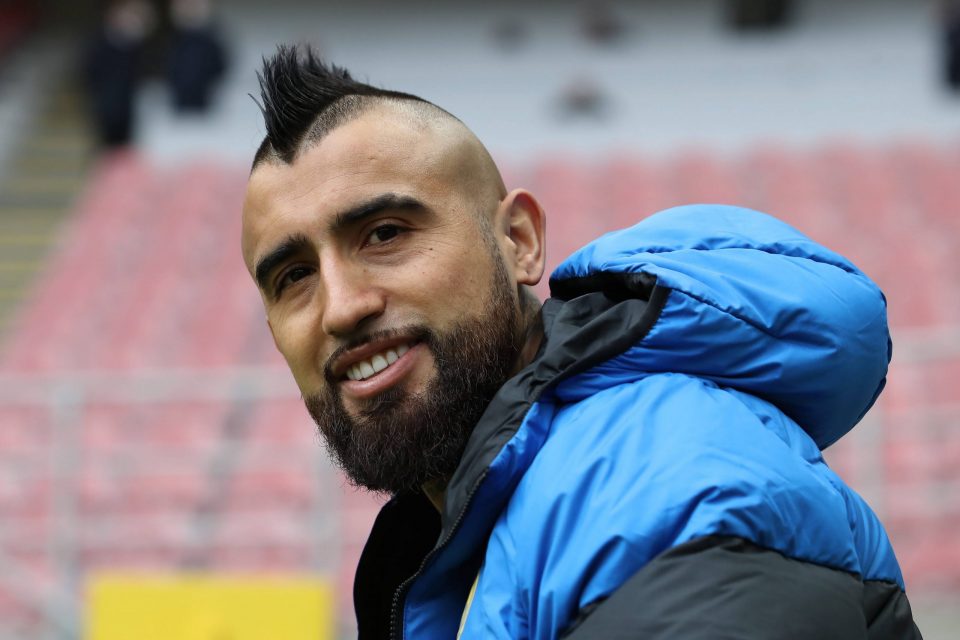 Inter are hoping that midfielder Arturo Vidal’s immediate future is away from the Giuseppe Meazza, but finding a new club for the Chilean has not turned up any serious offers yet apart from a club in Qatar.

Today’s print edition of Rome-based newspaper Corriere dello Sport report that the player’s wages remain an obstacle to a move to Liga MX side Club America, despite it being thought to be a destination which the Chilean would not turn down.

The 34-year-old’s wages remain a significant sticking point, with the player reportedly receiving a salary of €6.5 million in the final year of his contract with the Nerazzurri.

This is far higher than America are thought to be willing or able to afford, and it remains to be seen if any negotiations could overcome this issue.

The Nerazzurri will hope that an offer comes in for the services of the Chilean, currently engaged with La Roja at the Copa America, from a club financially able to pay his wages.

One such offer is said to have come in from a club in Qatar, but it remains to be seen whether the player would be willing to accept a move there.