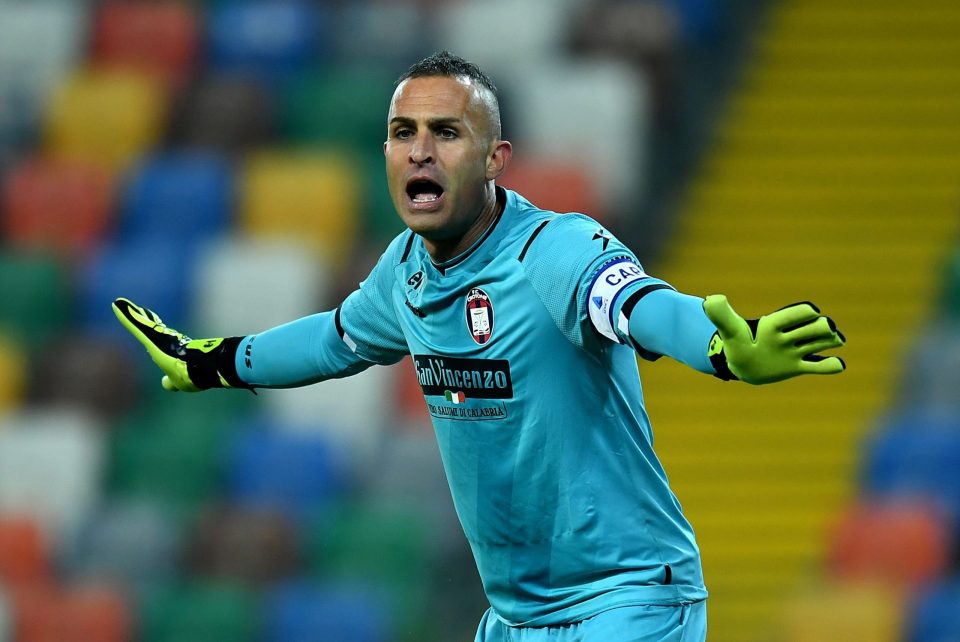 Former Crotone goalkeeper Alex Cordaz has signed his contract to become an Inter player for next season.

Italian news outlet FCInterNews report that the 38-year-old was seen leaving the Nerazzurri headquarters this afternoon, having visited in order to sign his contract with the club for next season.

The player has been expected to join Inter for some days, with acknowledgement by Crotone president Gianni Vrenna that he was likely to be Inter-bound.

With the completion of his medical earlier today and the signing of his contract, the former Crotone man looks to be just about over the line as the newest addition to Inter’s squad for next season.

Cordaz returns to Inter after fifteen years, having come through the club’s academy but left permanently in 2006 in search of regular football.

The goalkeeper is not expected to be the first-choice option between the posts ahead of Slovenian Samir Handanovic, but will be a valued presence in the dressing room.