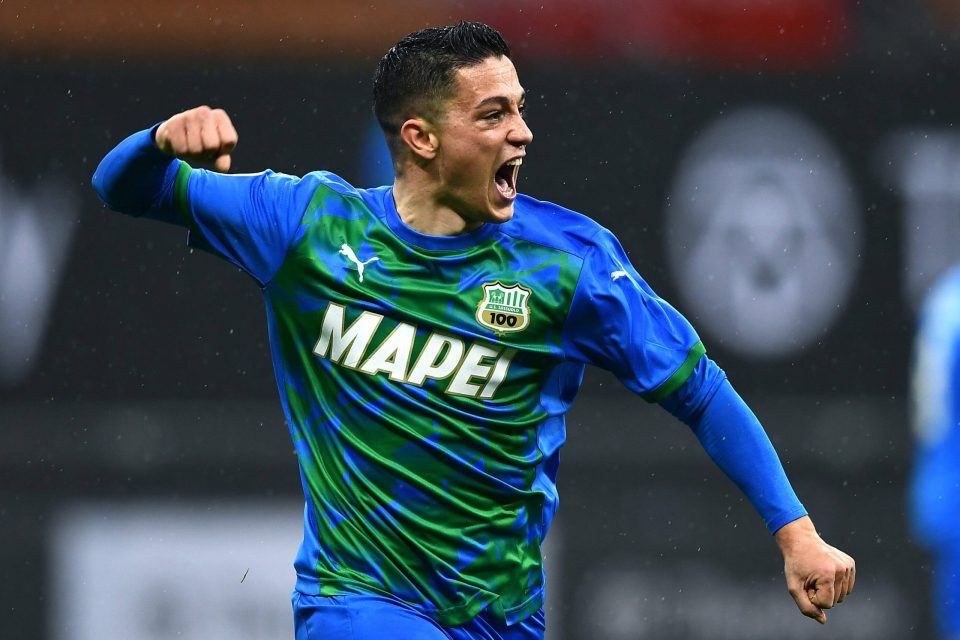 Inter are strongly considering Sassuolo’s Giacomo Raspadori as a target in the summer, with the Nerazzurri budgeting €20 million towards the operation.

Today’s print edition of Turin-based newspaper Tuttosport report that the Nerazzurri could seek to bring in the 21-year-old whether or not striker Lautaro Martinez leaves the club.

Raspadori has been linked to Inter as a potential target to replace Martinez should the Argentine leave, but Inter could also consider him as a rotation option given the injury problems of forward Alexis Sanchez.

Sassuolo’s valuation of the Italian is said to be around €25 million, though they are hoping that if he impresses at this summer’s Euros his value could rise.

Inter have a good relationship with the Neroverdi, and the two clubs could come to an arrangement similar to that which brought Matteo Politano and Stefano Sensi to the Giuseppe Meazza from Emilia-Romagna, with an initial loan being followed by an obligation to buy the player.

The Nerazzurri could also include a young player as part of a deal for the striker to persuade Sassuolo to part ways with him.