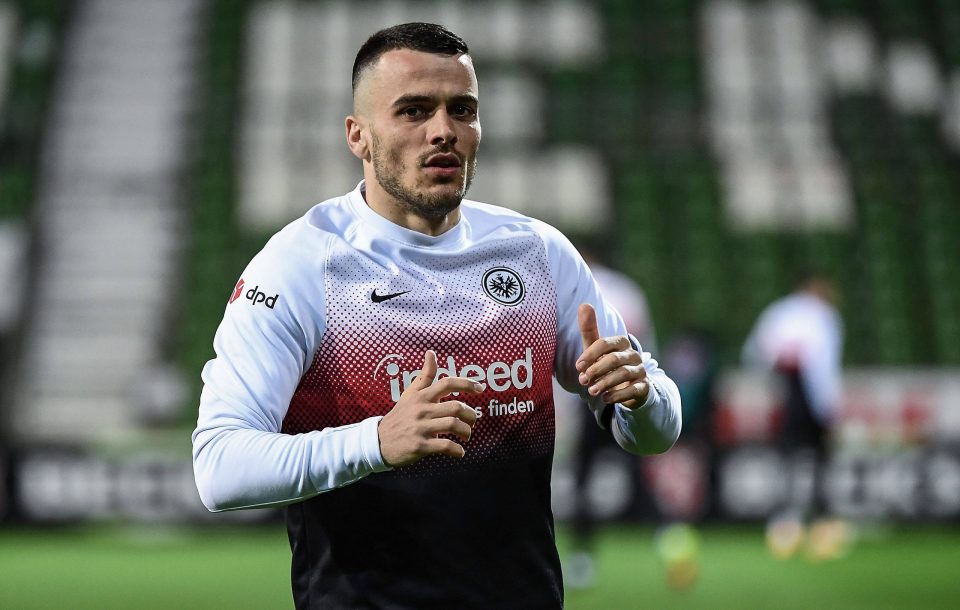 Lazio are considering moving for Inter target Filip Kostic from Eintracht Frankfurt, and have a plan to sign him.

This is according to Italian transfer market expert Alfredo Pedulla, speaking to Italian broadcaster Sportitalia, who claimed that the Roman club are weighing up adding the 28-year-old to their squad for next season.

Eintracht are thought to be demanding somewhere between €25 and €35 million for the 28-year-old Serbian, whose contract expires next summer.

Lazio could look to sell Argentine forward Joaquin Correa to help fund the deal, with interest in the 26-year-old coming from Premier League clubs including Tottenham Hotspur.

Correa is not thought to be an ideal candidate for incoming Lazio coach Maurizio Sarri’s preferred 4-3-3 system, whereas Kostic would fit into the system well.

Inter meanwhile know that they would have to make sells before they could consider meeting Eintracht’s valuation for the Serbian.

Should Lazio raise the money through the sale of Correa they could have the advantage over the Nerazzurri in the chase for the Serbian’s signature.