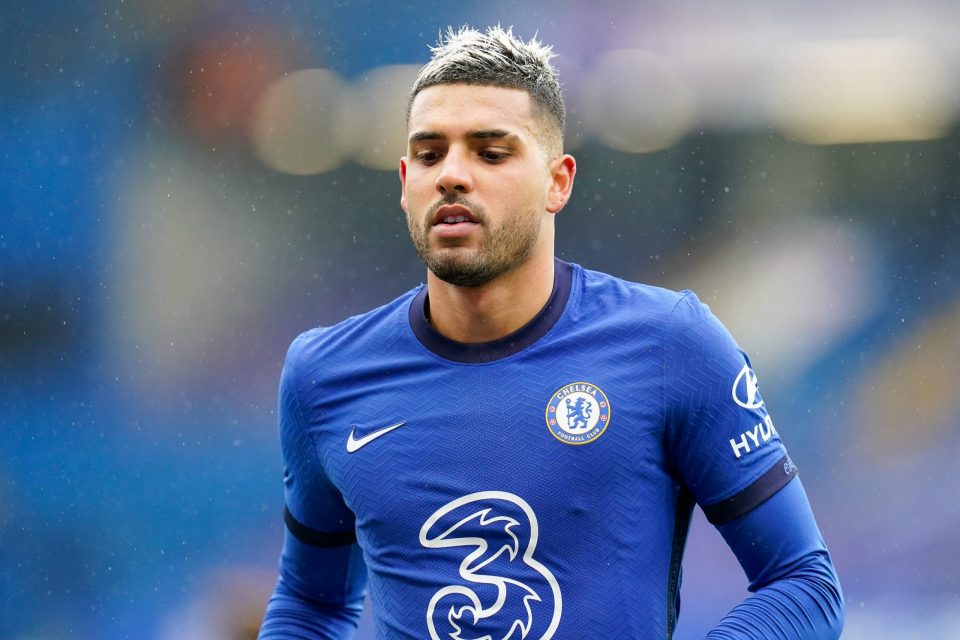 Chelsea are planning to give Inter the option of three players in trying to bring Nerazzurri wing-back Achraf Hakimi to Stamford Bridge.

Italian broadcaster Sky Sport Italia report that the London club are preparing to include any of Emerson Palmieri, Marcos Alonso, and Andreas Christensen in a deal for the Moroccan, with the Nerazzurri preferring Emerson.

It is thought that the Nearzzurri are interested in Alonso as well, but are not likely to look at at deal which includes Christensen.

Inter are looking for a left-sided player for Simone Inzaghi’s squad with Ashley Young set to depart, and have an interest in both Emerson and Alonso irrespective of the Hakimi deal, and this could give Chelsea a negotiating card in trying to sign the Moroccan.

Chelsea are preparing to give their improved offer to Inter in the coming days after an initial offer of €60 million was rejected, and it will be seen whether Inter are swayed by the inclusion of any Blues players in a deal.