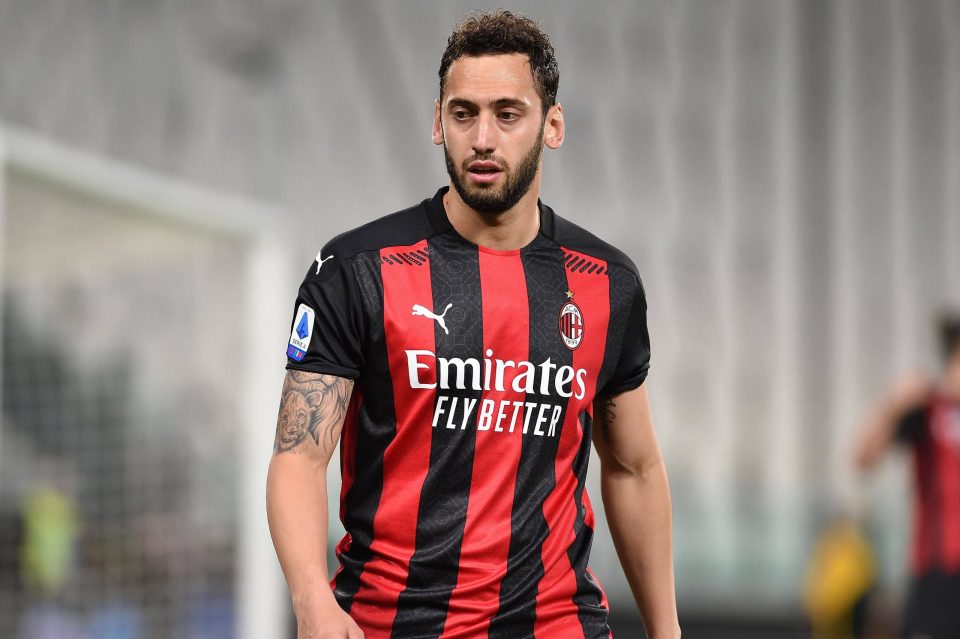 AC Milan chairman has spoken about the departure of incoming Nerazzurri midfielder Hakan Calhanoglu from Milan.

Speaking to program “La Politica nel Pallone” on Italian radio station RAI, the Rossoneri chairman explained the Rossoneri’s position on the departure of the 27-year-old, and claimed that the club are not bitter about his leaving.

The Turk joined Milan from Bayern Leverkusen in 2017, where he made 172 appearances and scored 32 goals, but with his contract set to expire at the end of the month he has chosen not to extend with the club.

Calhanoglu was unable to reach an agreement to extend with Milan in the summer after the club were unable to meet his wage demands, with Inter willing to do so given that the player is a priority target to replace the stricken Christian Eriksen.

The player is set to sign his contract and be confirmed as a Nerazzurri player in the coming hours.

On the player’s departure, Scaroni had this to say:

“We mad him an offer that we consider the highest we are ready to pay. If he finds another solution, good for him.”

He continued: “[Calhanoglu] has had an excellent season, and he has always conducted himself correctly. Everyone is free to make their own choices, there’s no ill will on the part of Milan.”