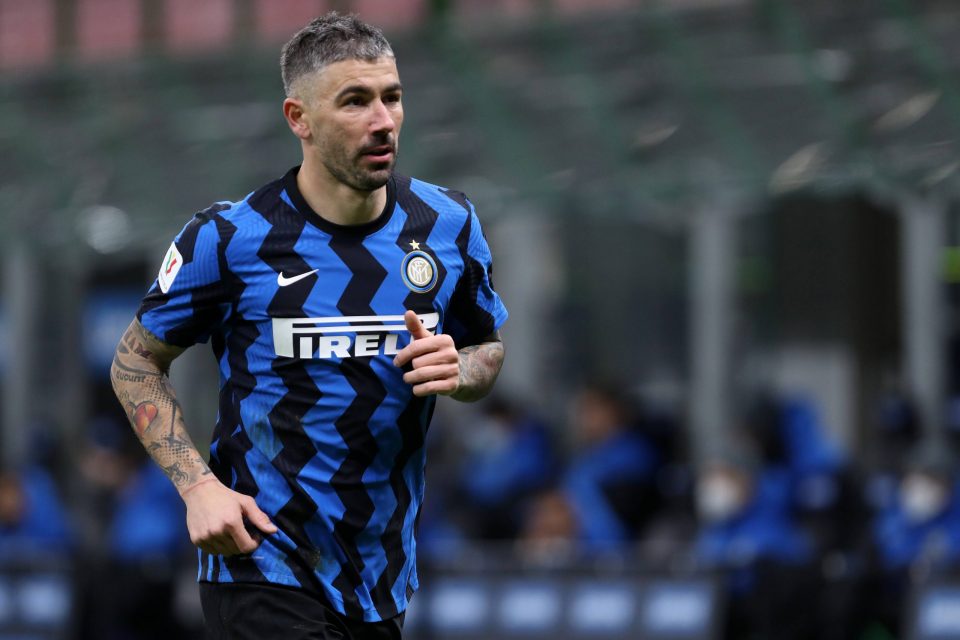 Inter could offer a contract extension to Serbian defender Aleksandr Kolarov, though Bologna are thought to also have a strong interest in the player.

This according to Italian broadcaster Sky Sport Italia, who claim that the Serbian could be offered an extension to his deal despite it having been previously thought that he was likely to leave in the summer.

Kolarov’s deal is set to expire at the end of the month, with the player having signed a one-year deal when he joined the Nerazzurri last season, and initially there did not appear to be interest by the club in renewing with the 35-year-old.

Moreover, it is thought that Bologna manager Sinisa Mihjlovic is very keen on bringing Kolarov to the Emilia-Romagna club, and could persuade the player to make the move as the two are friends.

However, in the last few hours, Inter are reported to have given strong consideration to keeping the Serbian for at least one more season as a part of Simone Inzaghi’s squad.