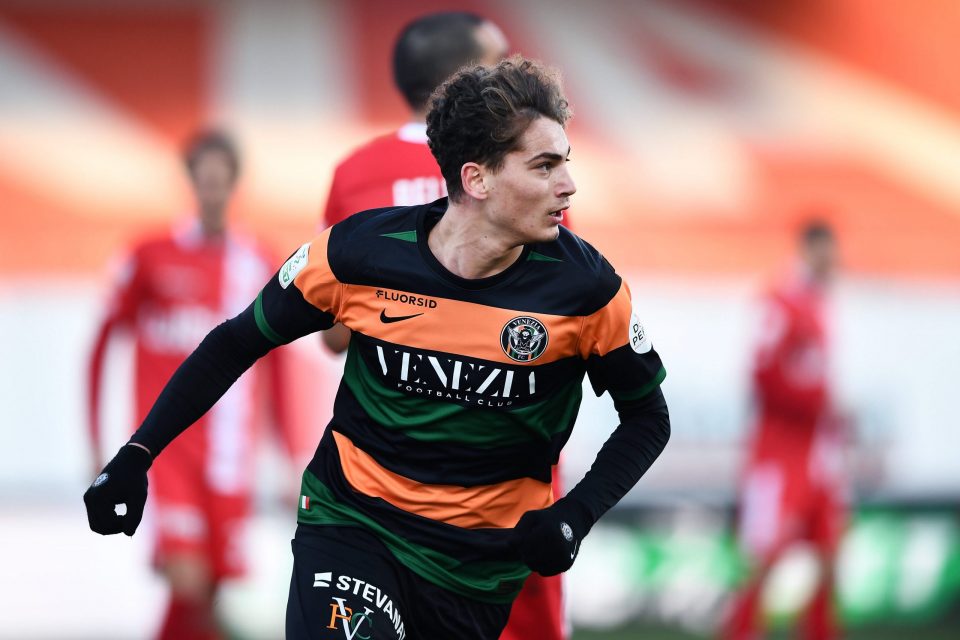 Inter are looking to sell two young attacking talents in the summer with the aim of raising money to meet financial objectives, with both Sebastiano Esposito and Andrea Pinamonti on the market.

This according to Italian news outlet FCInterNews, who report that the Nerazzurri are currently in talks for the sale of Esposito to Sassuolo for €10 million.

The 18-year-old won promotion with Venezia on loan last season, catching the eye of many clubs.

It is Sassuolo who appear to have made the most concrete approach for the player, with relations between the clubs good and the Neroverdi CEO Giovanni Carnevali planning to meet with Nerazzurri CEO Beppe Marotta to discuss the player next week.

Meanwhile, Pinamonti is another player Inter are looking to sell, with the club looking for more experienced options in the forward positions for Simone Inzaghi next season.

Despite interest from a number of clubs it is thought that few of the 22-year-old’s admirers can afford the player’s net €2.2 million salary, in addition to the Nerazzurri placing a €15 million price tag on the young striker.

Cagliari are one possible destination for Pinamonti, with the Rossoblu currently involved in ongoing negotiations with Inter to send midfielder Radja Nainggolan to the Sardegna Arena permanently, as well as talks to bring Uruguayan midfielder Nahitan Nandez to the Giuseppe Meazza from Sardinia.

With both clubs struggling to finalize details due to financial restrictions, the insertion of Pinamonti in a deal could unlock other moves between the clubs.

Another possible destination for Pinamonti would be Venezia on loan, like Esposito last season, but this time in Serie A.