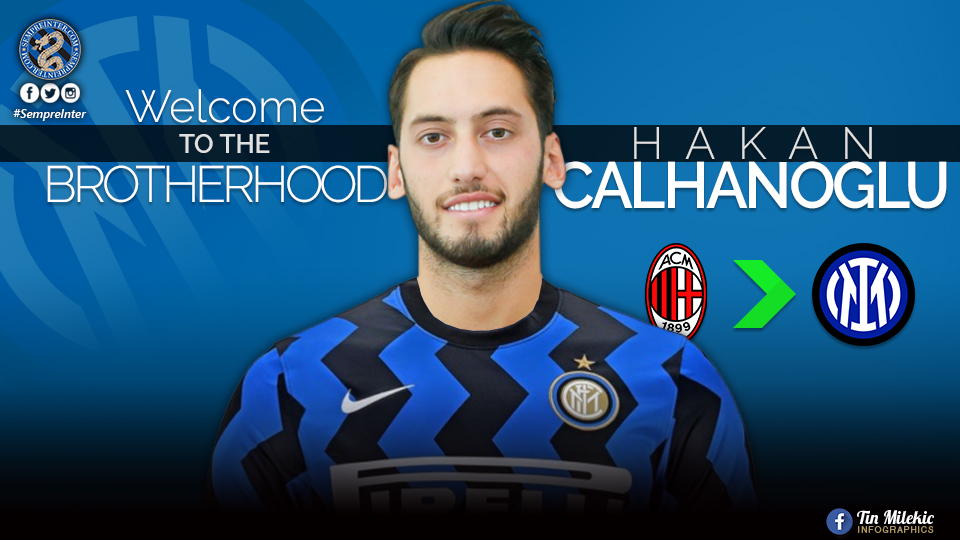 Inter have completed the signing of Turkish international midfielder Hakan Calhanoglu on a free transfer from crosstown rivals AC Milan.

The news was announced by the Nerazzurri via their homepage and their official social media channels on various platforms.

Hakan Calhanoglu has put pen to paper on a three year deal which will according to some reports see him earn around €5 million net per season plus an additional €1 million in add-ons.

Other reports claim that he will earn slightly less, around €4.5 million net in his first year, €5 million the following years, with no add-ons included.

Turkish media report that an option to extend the contract by another year exists but this has not been confirmed or mentioned in the statement put out by the Nerazzurri.

Calhanoglu joined AC Milan from Bundesliga outfit Bayer Leverkusen in the summer of 2017 for a reported fee of around €20 million and has since then featured 172 times across all competitions scoring 32 times in the process.