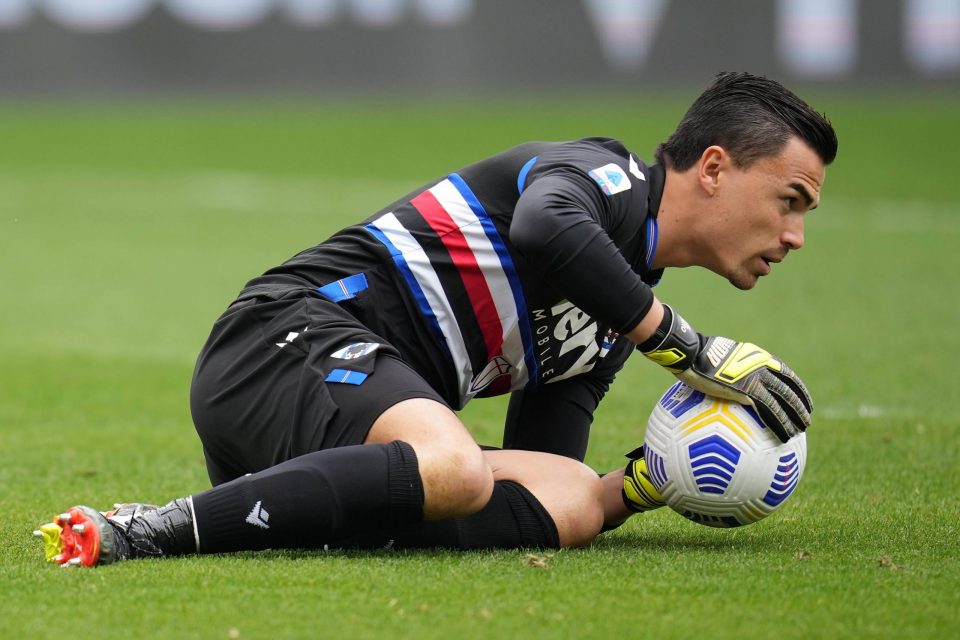 Inter have made inquiries to Sampdoria about the availability of goalkeeper Emil Audero, according to report.

This according to Italian news outlet L’Interista who report that the Nerazzurri have made contact with the Genoa-based club with a view to potentially signing the 24-year-old.

Inter are looking to secure a long-term replacement for Samir Handanovic, though the club’s Slovenian Number One is set to stay on for next season at least, so any arrival would likely spend next season as backup to the 36-year-old.

Audero is one player who the club have been monitoring, with the Sampdoria keeper having impressed in Serie A over the past several seasons.

Sampdoria have set their asking price for Audero for €20 million, though it is thought that Inter CEO Beppe Marotta and Sporting Director Piero Ausilio could offer players in return as part of a deal to lower the fee involved.

It is not known which players Inter would be offering, or who Inter would want in return.