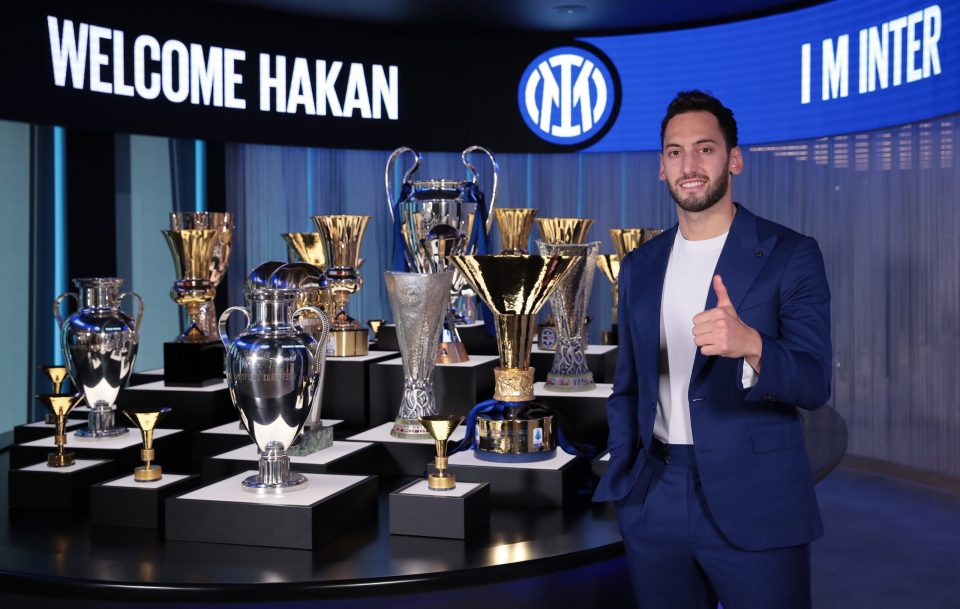 Inter have welcomed new signing Hakan Calhanoglu by posting photos of the player posing alongside Nerazzurri trophies on the club’s official Twitter account.

The 27-year-old arrives on a free transfer from city rivals AC Milan, having run down his contract with the Rossoneri.

The club will hope that fans are excited by the midfielder’s arrival, with the player having already shown his quality for four seasons in Serie A with the Nerazzurri’s San Siro counterparts.