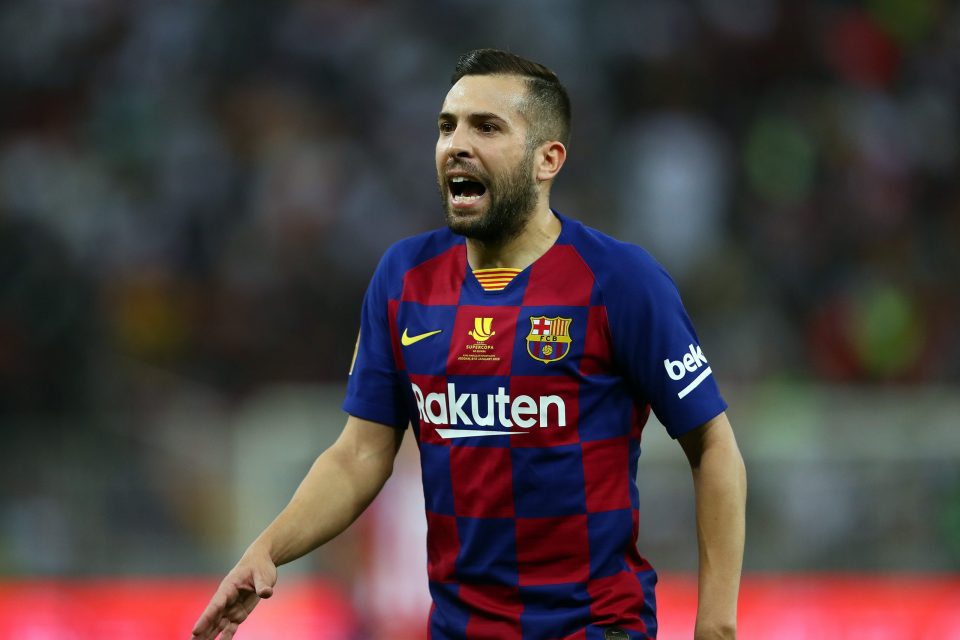 Barcelona have offered a swap deal to Inter which would bring full-back Jordi Alba to the Giuseppe Meazza and see Alessandro Bastoni depart in the other direction.

This according to ESPN who report that the Catalan giants would be willing to part with the 32-year-old, but would prefer a player exchange with the Nerazzurri with Bastoni the player they want.

Inter are thought to have made a left-sided player a priority in the summer after the departure of Ashley Young for Aston Villa with Ivan Perisic also linked with a move away, and Alba has been linked as a target for the club in recent days by Spanish media.

ESPN confirm that there is interest from the Nerazzurri, but also report that the player is not currently considering a move away from the Camp Nou and also that the Blaugranas are more open to a player exchange than for a sale of the 32-year-old.

It remains to be seen whether Inter would entertain losing the 22-year-old center-back, let alone as part of a straight swap for Alba.