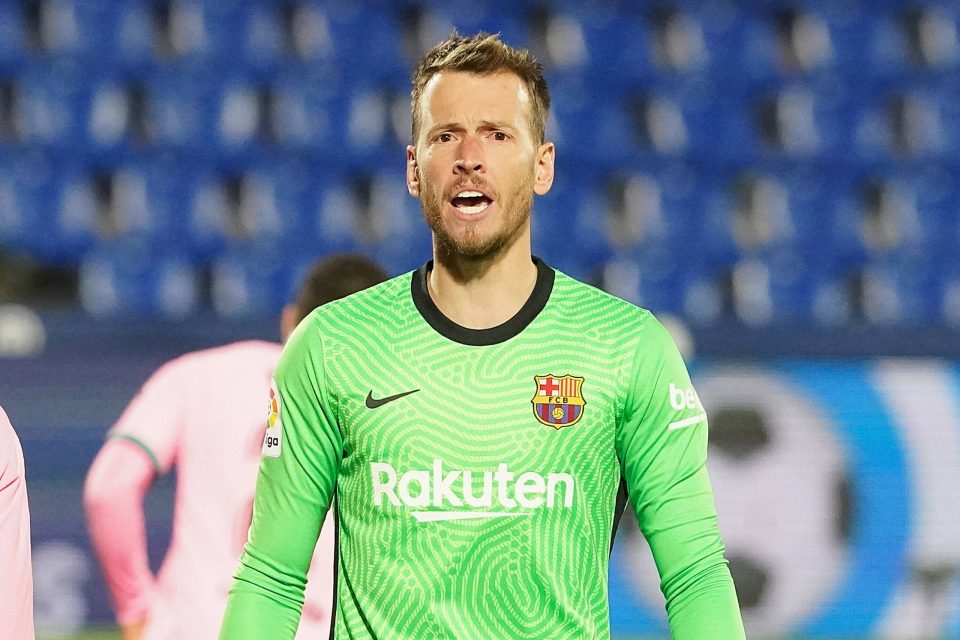 Barcelona goalkeeper Neto has emerged as a possible target for Inter as the Nerazzurri step up their search for a long-term replacement for Samir Handanovic.

This is according to Barcelona-based news outlet Sport, who report that the 31-year-old could leave the Blaugranas in search of regular football and the club would be willing to part with him for €16 million.

Inter are known to have been searching for a long-term replacement for Samir Handanovic in the summer, with the Slovenian turning 37 next summer.

Handanovic is set to stay on for at least one more season, and it is thought that the club’s plan is to bring in a backup for the Number One next season and then transition that player into the starting spot in the following seasons.

Several names have come up in this search, and Neto is the latest.

It is thought that both Inter and city rivals AC Milan have made inquiries about the Brazilian’s availability, and that Barcelona have responded by offering him for sale, but only on a permanent basis and only for €16 million.

The player, formerly of Fiorentina, Juventus, and Valencia, is also said to be open to an exit, as he is firmly in the backup position behind Marc-Andre Ter Stegen at the Camp Nou and would like to be the regular starter at a club.

Whether he would be willing to be accept a move to be Handanovic’s deputy for a season remains to be seen.