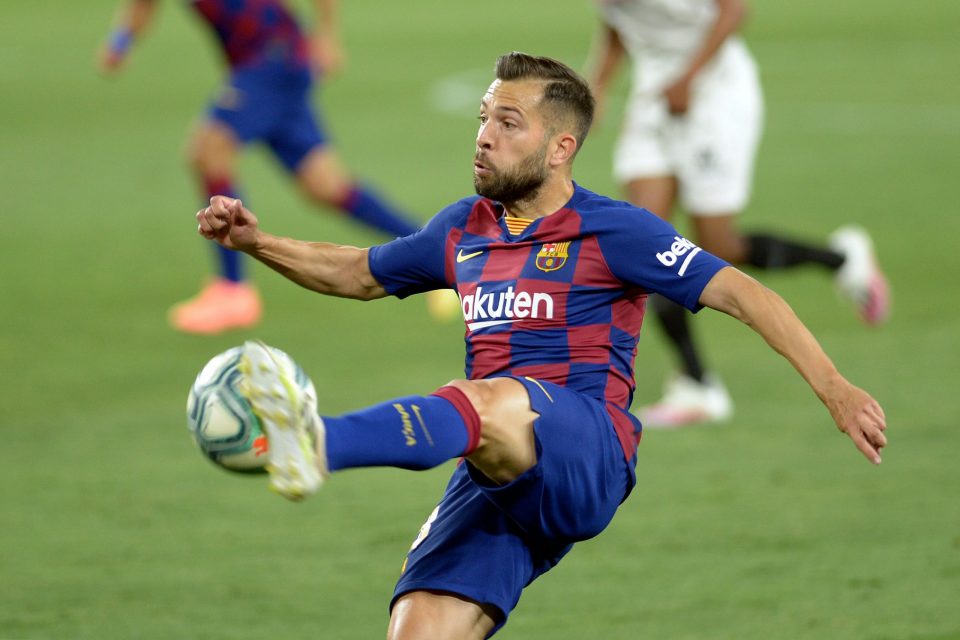 Inter have made an official approach to sign Barcelona and Spain left-back Jordi Alba, according to a report in the Spanish media today.

As has been reported by Spanish media outlet Mundo Deportivo, the Nerazzurri are very serious about signing Jordi Alba in order to provide more quality and depth in that position.

Inter have been linked with a host of names for the left-back position including Eintracht Frankfurt’s Filip Kostic, and Chelsea pair Marcos Alonso and Emerson Palmieri.

Jordi Alba has been one of the world’s leading attacking left-backs for many years, having won international trophies with Spain as well as La Liga titles and a Champions League with Barcelona since he joined them in 2012 from Valencia.

He is now 32-years-old however, meaning he would not be a long terms solution at left-back at all. He also has very high wage demands and Inter needs to trim their wage budget by 15%.