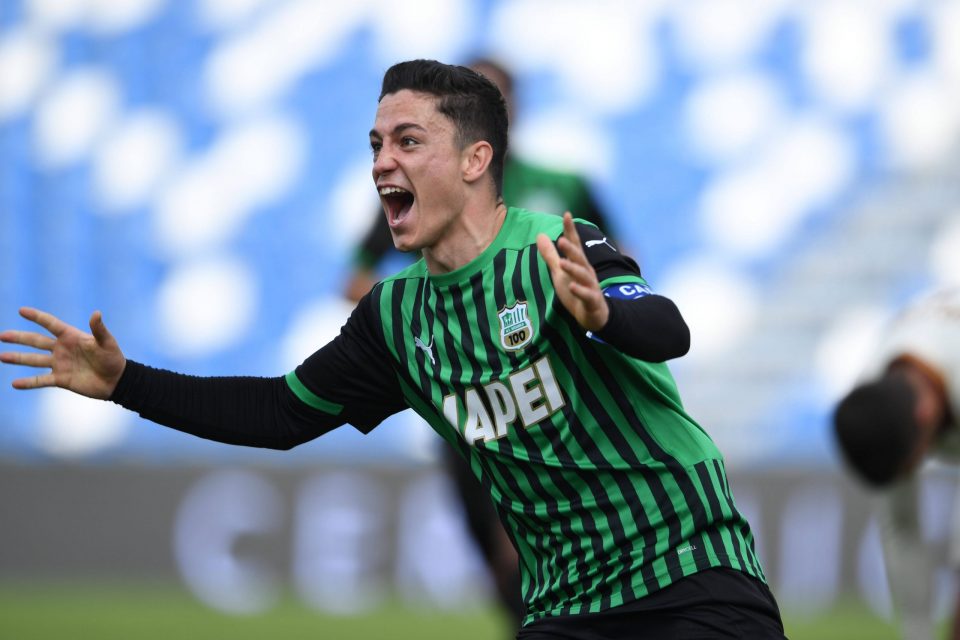 Sassuolo striker Francisco Caputo has spoken about the qualities of teammate and Inter target Giacomo Raspadori.

Speaking to Italian broadcaster Sky Sport Italia yesterday, the 33-year-old praised his Neroverdi teammate for both his talents and attitude, both of which he considers exceptional for a player aged only 21.

Caputo signed for the Neroverdi from Empoli in 2019, and he has gone on to score 32 goals from 61 Serie A appearances for the club, becoming one of their primary goalscoring outlets.

Raspadori, meanwhile, broke into the first team last season, with several eye-catching performances in Serie A showing that he is a player who is fully ready for the challenges of first-team football.

The Nerazzurri have been linked with the player, with talks thought to be ongoing over the prospect of bringing the young forward to the Giuseppe Meazza.

Caputo’s words should inspire optimism at the prospect of the player making a move to Inter, as the experienced Italian international shows great confidence in Raspadori’s ability to step up even further in his career than he already has.

“I am very happy for Raspadori, a very good and respectable boy. He’s young but has a good head on his shoulders. That is his strength. Hopefully he can find some satisfaction with the national team as well,” Caputo claimed.