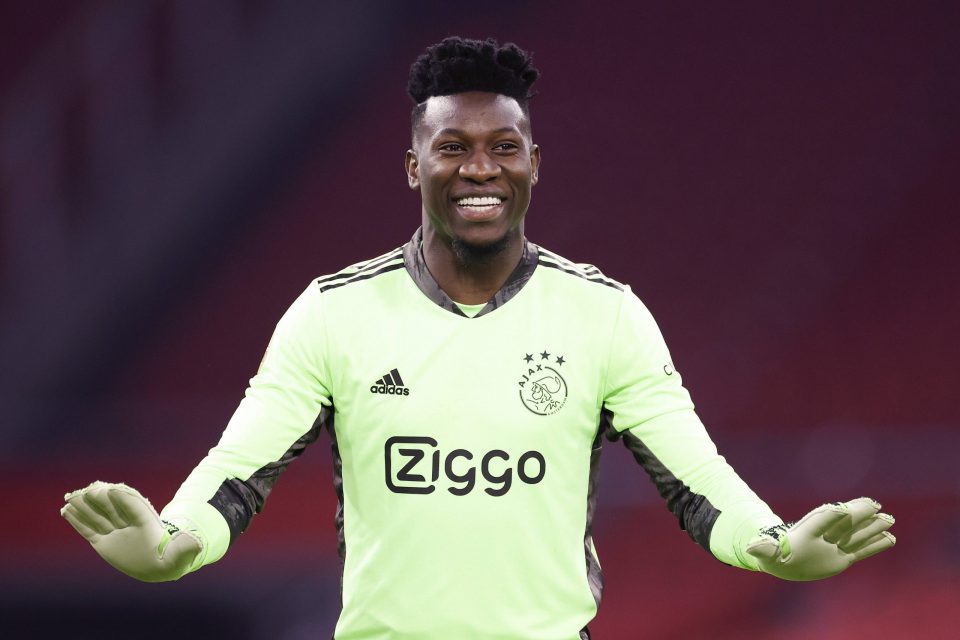 Inter have inquired about the availability to Ajax goalkeeper Andre Onana while in talks with the player’s agent, according to reports.

This from Italian broadcaster Sky Sport Italia, who claim that the 25-year-old Cameroonian’s name came up while the Nerazzurri were meeting with the player’s agents about another of his clients, Arsenal right-back Hector Bellerin.

Inter have been in search of a new backup goalkeeper for next season, with Andrei Radu looking likely to leave in the summer.

Moreover, with current Number One Samir Handanovic turning 37 next month it is expected that the club hope to offer the starting position to his deputy when the Slovenian departs.

Onana is 25 and could feasibly take over the starting goalkeeper position at the Giuseppe Meazza for many seasons after Handanovic is gone, which could make the player a more attractive target for the Nerazzurri.

Inter are interested in signing the player on a free transfer once his contract with Ajax expires at the end of June 2022.

At this stage it is only thought that Inter have asked for information on the player, and it remains to be seen whether they decide to take more serious action to bring him to Lombardy.

Onana is currently serving a one-year doping ban, but will be allowed to return from suspension in November.