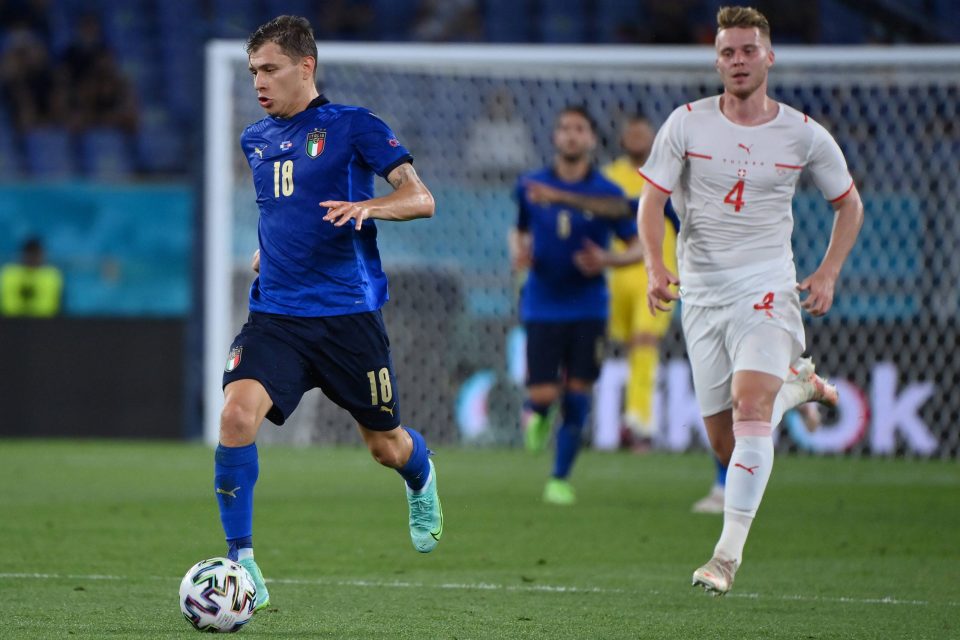 This according to today’s print edition of Milan-based newspaper Corriere della Sera, who claim that Azzurri boss Roberto Mancini will decide on sticking with the 24-year-old rather than using another of his options in the centre of the park.

The Inter man started Italy’s first two group stage matches, against Turkey and Switzerland, and the round-of-sixteen victory over Austria, though he was rested during the group stage encounter with Wales.

Mancini has a variety of options available to him in his 26-man squad, and has been rotating all over the pitch to get the balance of his team right.

However, Corriere della Sera claim that the manager will start what he considers his strongest midfield trio in the form of Barella, Chelsea’s Jorginho, and PSG’s Marco Verratti, despite competition from the likes of Matteo Pessina and Manuel Locatelli who have impressed in their appearances at the tournament so far.