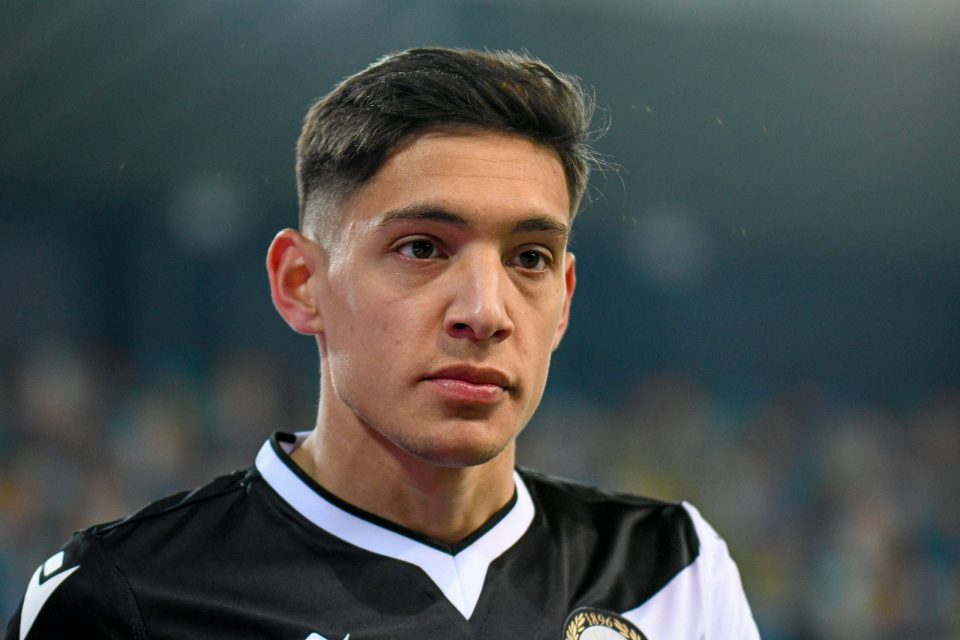 Udinese’s Nahuel Molina has emerged as a serious target for Inter as the club look to bring in a replacement for Achraf Hakimi.

This according to Italian news outlet Calciomercato.com, who report that the Nerazzurri are considering their options to sign the Uruguayan, valued at €20 million by his current club.

With Achraf Hakimi’s departure for Paris Saint-Germain imminent, Inter are monitoring several players who they hope will have the right profile to replace the Moroccan, with Arsenal’s Hector Bellerin and Chelsea’s Davide Zappacosta among the names linked.

Udinese’s Molina can be added to the shortlist, with the Inter hierarchy said to be weighing up the possibility of a move for the 23-year-old which will not over-stretch their budget.

It is not thought that the player’s current club will be flexible on the €20 million asking price as it stands, which is likely out of reach for the Nerazzurri, but the possibility of players going the other way is something which Inter hope will change the Friuli club’s mind.

It remains to be seen whether Udinese are interested in the possibility of such an exchange, however, which could be the key in whether or now a switch to the Nerazzurri can happen for Molina.