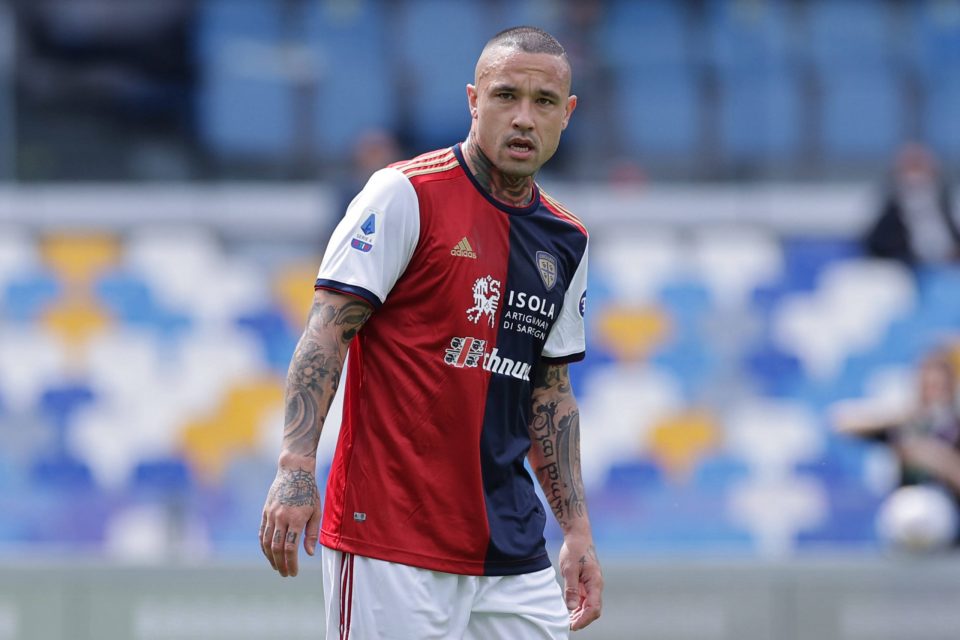 New Cagliari midfielder Kevin Strootman has spoken about the possibility of reuniting with Inter midfielder Radja Nainggolan, with the Belgian also linked with the Rossoblu.

Speaking to Tuttomercatoweb.com just after finishing his medicals with the Sardinian club, the 31-year-old Dutchman stated that he would enjoy playing with his former Roma teammate again.

Strootman is set to join Cagliari while Nainggolan is also thought to be hoping for a move to the same club, having spent the second half of last season on loan with the Sardinian club.

It remains to be seen whether the Rossoblu make the Inter midfielder’s stay permanent with the Nerazzurri still thought to be in discussions with them about a move, but should they do so Serie A fans could be set to see a reunion of a midfield pairing which have not played together since 2018.

“I talked to [Nainggolan], he’s happy but he hasn’t signed for Cagliari yet. It would be a pleasure to play with him again.”