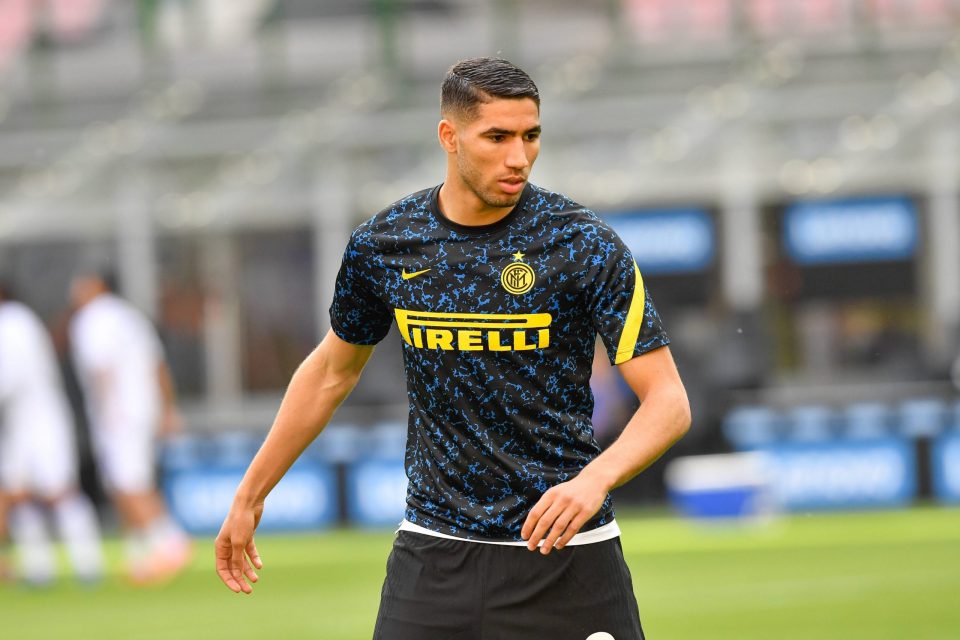 The financial details involved in the deal to send Achraf Hakimi to Paris Saint-Germain from Inter have been revealed, with the Nerazzurri set to earn a fee as high as €71 million from the tranfer.

This according to Sky Sport Italia transfer market expert Gianluca Di Marzio, who explains the details of the transfer on his website.

The Moroccan is in Paris today to complete his medical exams with PSG, and to sign his contract with the club, and should officially confirmed to be playing his football in the French capital next season imminently.

In Milan, meanwhile, an intermediary between the clubs, Davide Lippi, is at work finalizing details of the transfer between the two clubs.

There is total agreement on the deal between the two clubs, with the Parisians paying the Nerazzurri an initial fee of €60 million, with a further €8 million in add-ons based on benchmarks which are expected to be easily achieved, and then a further €3 million of add-ons which will be more difficult to achieve.