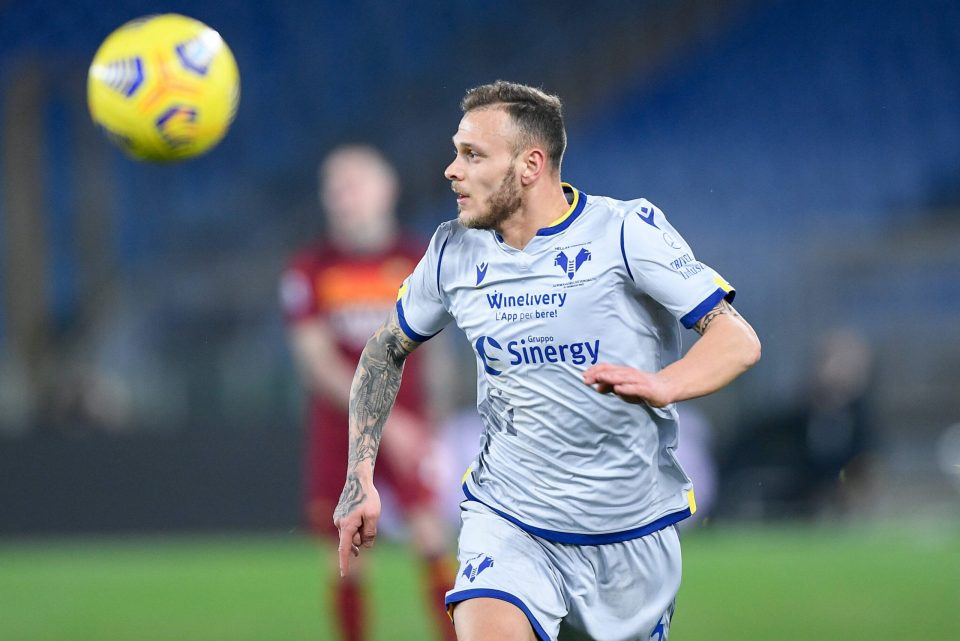 Inter’s Federico Dimarco is subject to strong interest from Roma this summer, but Nerazzurri coach Simone Inzaghi wants to keep him.

This according to today’s print edition of Rome-based newspaper Corriere dello Sport, who claim that the 23-year-old is currently seen as an important option on the left side of the squad by the former Lazio boss.

Roma are in the hunt for a replacement for Leonardo Spinazzola, with the 28-year-old set to miss a significant amount of next season as he recovers from an Achilles injury sustained during Italy’s EURO 2020 clash with Belgium.

The Inter coach is thought to be a fan of Dimarco, who returns from an impressive loan spell with Hellas Verona, and considers him a viable option within his preferred tactical system.

As such, it is thought to be his preference that the player stays at the club and is part of his rotation for next season.

Inter’s position could change if the right player arrives on the left side of the squad, with Chelsea’s Marcos Alonso thought to be a top target, but the 30-year-old could prove difficult to bring in financially, with the Blues’ asking price reported to be €25 million in addition to the player’s net €6 million annual wages.

Should Dimarco leave the Nerazzurri, they would expect it to be for a fee of at least €8 million.