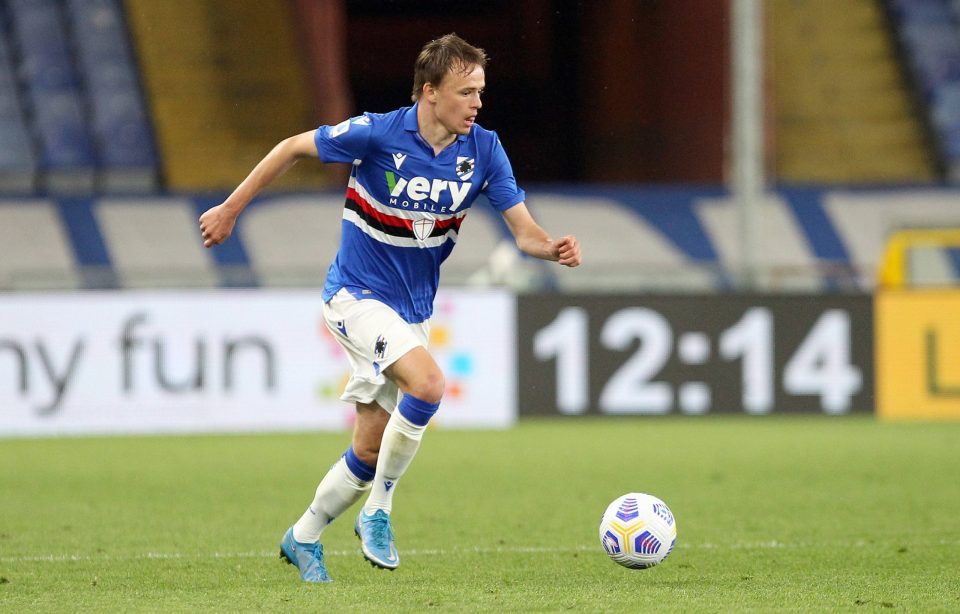 Inter could look to sign Sampdoria winger Mikkel Damsgaard, but would face competition for his signature with a number of big Serie A clubs interested.

This according to today’s print edition of Genoa-based newspaper Il Secolo XIX, who report that Sampdoria are hoping for an auction between clubs that would drive up his fee should they sell the 21-year-old.

Damsgaard arrived at the Genoa-based club from Nodsjaeland last summer, and made 35 Serie A appearances for them last season.

The winger has built on his at-times impressive club form by starring for the Danish national team at the Euros this summer, scoring against Russia in the group stage and helping the country reach the semi-final stage despite the absence of Christian Eriksen.

The Dane has attracted the attention of Inter and AC Milan with his performances for club and country, and it is thought that Juventus and Roma join them among Italian clubs chasing the player.

It is thought that Sampdoria value the player in the region of €30 to €50 million, and would not seriously consider offers of less for the player, and that they will hope that interest from the major Italian rivals, as well as possibly from Premier League clubs, could raise the eventual fee to as high an amount as possible.