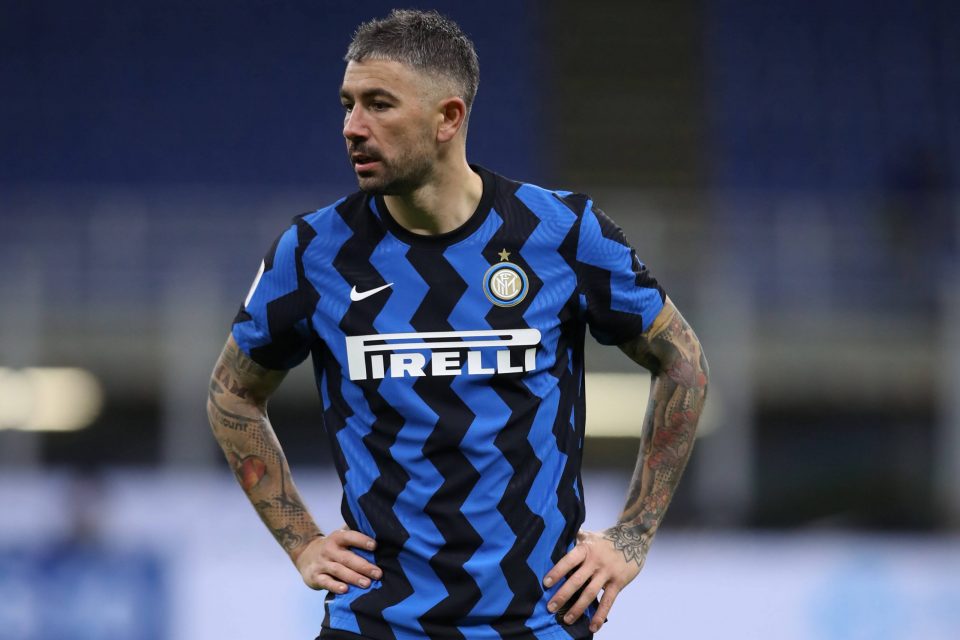 Aleksandr Kolarov will be an Inter player next season, with the club ready to announce the extension of the Serbian’s contract.

This according to today’s print edition of Turin-based newspaper Tuttosport, who report that details of the new contract should be confirmed by the club by tomorrow.

The 35-year-old’s contract with the Nerazzurri is up this summer, and it was for a time not certain whether or not an agreement between the player and club would be reached to keep him on at the club.

However, the club offered him a one-year extension which he accepted after some consideration, and the Serbian will be a part of Simone Inzaghi’s squad for next season.

The player will attend the Nerazzurri’s summer training camp to begin work preparing for life under new coach Inzaghi, and it is thought that his presence in the squad as both a backup to Alessandro Bastoni in the backline and a locker room leader is appreciated.