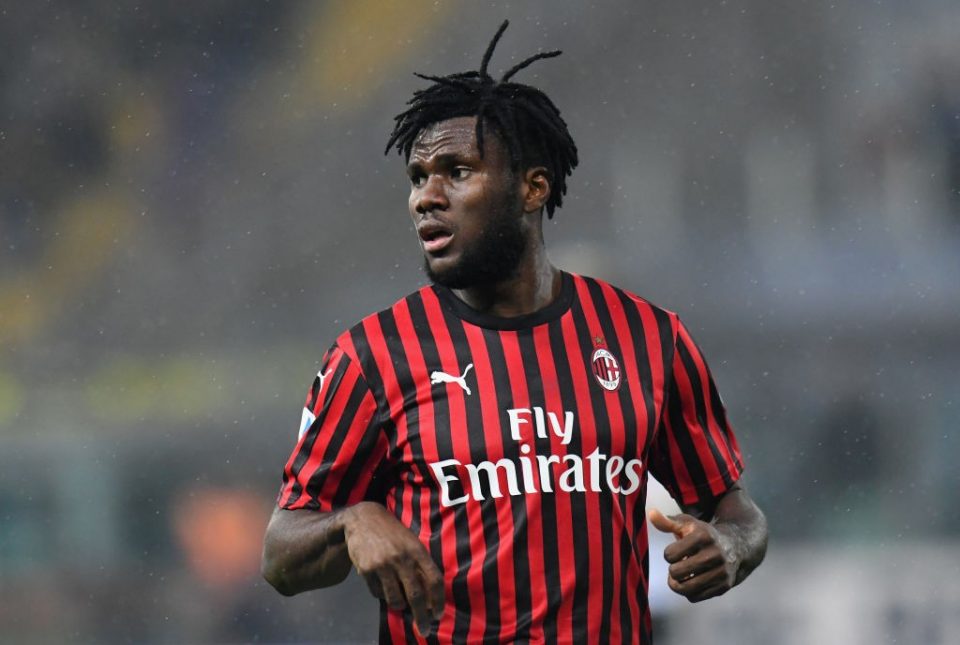 AC Milan head coach Stefano Pioli has spoken about the situation of Inter-linked midfielder Franck Kessie at the Rossoneri.

Speaking in a press conference, as reported by FCInter1908, the Italian coach denied that the Ivorian has a desire to leave the club, and stated that he will stay on as a Milan player.

With goalkeeper Ginluigi Donnarumma and midfielder Hakan Calhanoglu having already departed from Milan on free transfers, the latter to Inter, rumours have come up that Kessie could do so next summer when his contract runs out.

The midfielder’s current deal expires at the end of June 2022, and it is believed that the Rossoneri hope to renew with him, though an agreement has not yet been reached.

Should the player decide not to extend with Inter’s city rivals, the Nerazzurri are among the clubs linked with interest in signing him, although he could also be sold in this window should the Rossoneri want to get a fee for his signature.

However, Pioli clarified that for the moment there is no reason to think that the player is unhappy at Milan or will leave, stating the following:

“He is a player who has grown along with many of his teammates. He is very strong and has given a lot to his team. We know how much it matters to this team. I spoke to him, he rested up on vacation, got married, and is now at the Olympics.”

“He is calm and motivated, he will come back as strong as before. I’m not dealing with his renewal but I know that he is happy here with us.”