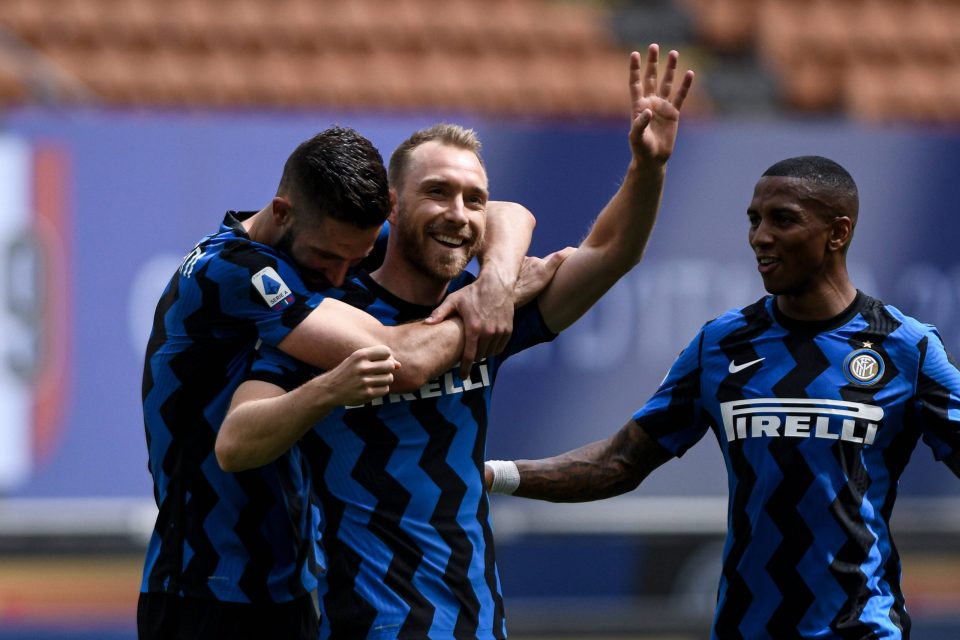 A large group of Inter fans gathered and Appiano Gentile to sing words of support and encouragement for Christian Eriksen after his cardiac arrest, according to a report in the Italian media.

As reported by FCINternews, the Nerazzurri supporters arrived en masse at the Appiano Gentile training centre where Simone Inzaghi and some of his players have begun their 2021/22 season preperations.

There were many songs sung in support of the team that won the 2020/21 Scudetto but the most important and moving one came as the fans sung in unison: “Come on Christian Eriksen”.

The Danish midfielder suffered a cardiac arrest in his countries first Euro 2020 game against Finland in Copenhagen. After receiving CPR on the pitch and being taken to the hospital, reports emerged that the Inter midfielder was talking and responsive.

After being discharged from hospital he went to his villa in Odense to be cared for by doctors and spend time with his partner and their children.