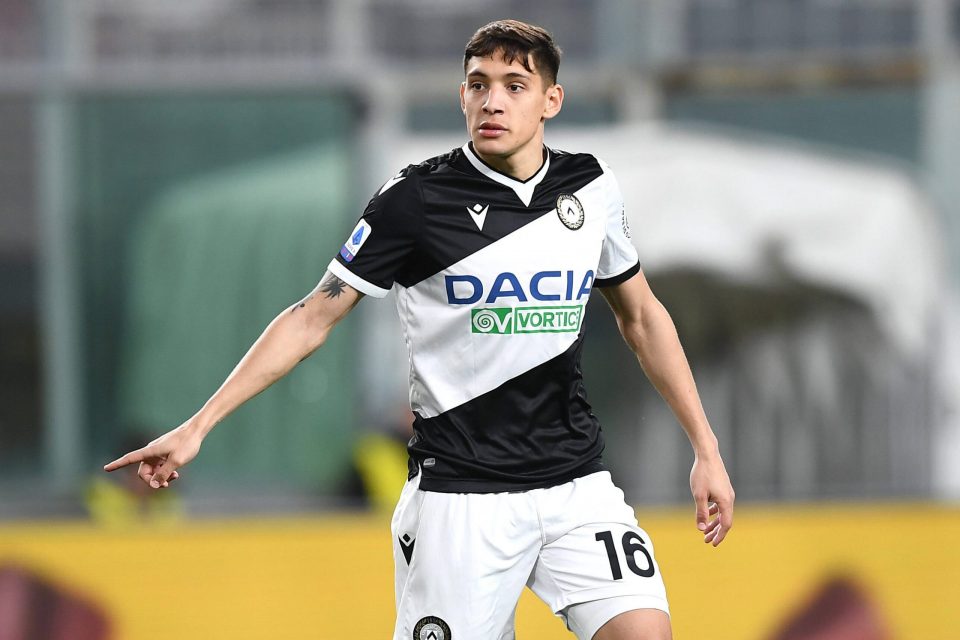 Ex-Inter player Javier Zanetti has made a suggestion to the club that they should sign Nahuel Molina from Udinese to replace Achraf Hakimi, according to a report in the Italian media.

As has been reported by Sport Mediaset, the defender who made over 600 Inter appearances is often looking out for his fellow Argentinians and he believes that Nahuel Molina would be a good signing for Inter after Achraf Hakimi moved to Paris Saint Germain for an upfront fee of €65 million.

The Udinese winger is a player that has been discussed by Inter but he is not very high on their list of possible replacements. This is partly because Udinese are a well-run club who do not need to sell him. He would likely cost too much for the Nerazzurri.

The Friulian club have already made a major sale by letting Rodrigo de Paul move to Atletico Madrid so they are not desperate for money.