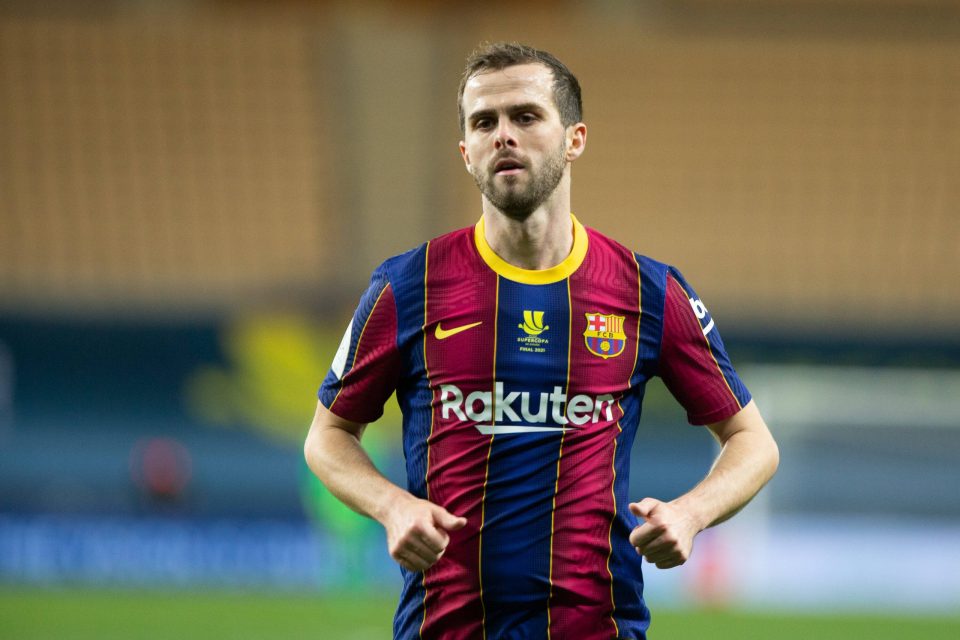 Inter are among the clubs interested in signing Miralem Pjanic, with Barcelona thought to be ready to let the Bosnian go, possibly on a free transfer.

This according to Italian news outlet Tuttomercatoweb.com, who report that the Blaugaranas would like to part ways with the 31-year-old to get his wages off of their books, and that the Nerazzurri are monitoring his situation along with the likes of AC Milan, Tottenham Hostpur, and Juventus.

Barcelona are thought to see Pjanic as expendable, with the player not in the plans of head coach Ronald Koeman on the pitch and the player’s €7.5 million net salary too high for the club, and he would be allowed to leave the Camp Nou for free or for a nominal fee.

The mitfielder’s desired destination is thought to be a reunion with Max Allegri at Juventus, although he is still awaiting a response from the Bainconeri, who are thought to be targeting Sasuolo’s Manuel Locateli in midfield.

In the meantime, the player’s entourage are thought to be sounding out other clubs as possible destinations, and the Nerazzurri are among the clubs who they are speaking to.