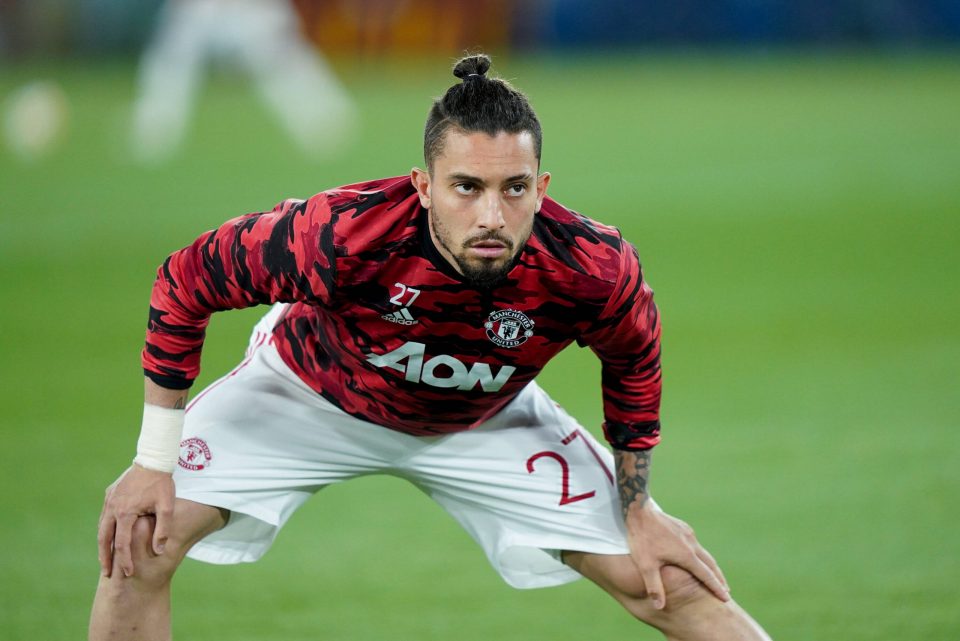 Manchester United left-back Alex Telles is the preferred target for Inter on the left side of the pitch.

This according to today’s print edition of Rome-based newspaper Corriere dello Sport, who report that the 28-year-old is favoured over the likes of Paris Saint-Germain’s Layvin Kurzawa and former Crystal Palace left-back Patrick Van Aanholt.

The Nerazzurri are looking to bring in a left-sided player to make available to manager Simone Inzaghi for next season, with Ashley Young having departed for Aston Villa and Ivan Perisic’s sale also a possibility.

The club are not thought to be as focused on their search for a left-sided player as they are on signing a player to replace Achraf Hakimi on the right, but an arrival is hoped for.

The favourite target now appears to be Telles, who has already spent one season on loan with the Nerazzurri during the 2015-16 campaign, though it remains to be seen whether his current club will be willing to agree on terms for his departure.