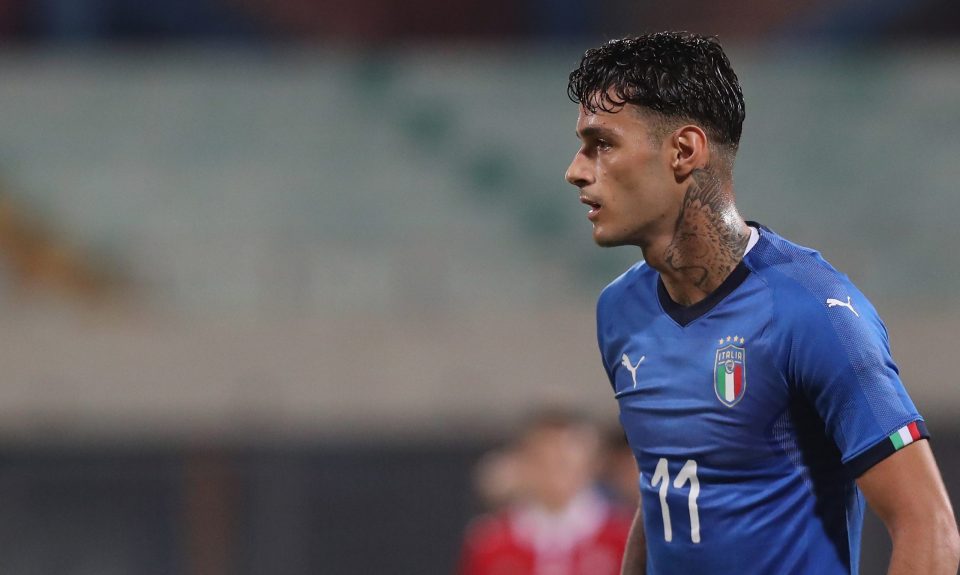 Inter could look to replace Andrea Pinamonti with another young Italian striker in the form of Sassuolo’s Gianluca Scamacca should Pinamonti depart from the club.

This according to today’s print edition of Rome-based newspaper Corriere dello Sport, who report that the Sassuolo man is high on the list of attacking targets for the Nerazzurri.

Pinamonti’s departure from the Giuseppe Meazza during the summer looks likely, with the 22-year-old not appearing to have a future with the club after having played a marginal role under Antonio Conte last season.

Several clubs are interested in the young striker, both in Italy and abroad, with newly-promoted Emploi tracking the player and a move to Cagliari as part of a deal for Rossoblu midfielder Nahitan Nandez also a possibility.

Should Pinamonti leave, another striker will be brought in to strengthen the attacking options available to manager Simone Inzaghi next season, with Scamacca currently leading the pack ahead of the likes of Monaco’s Keita Balde and Napoli’s Andrea Petagna in the Nerazzurri’s consideration.