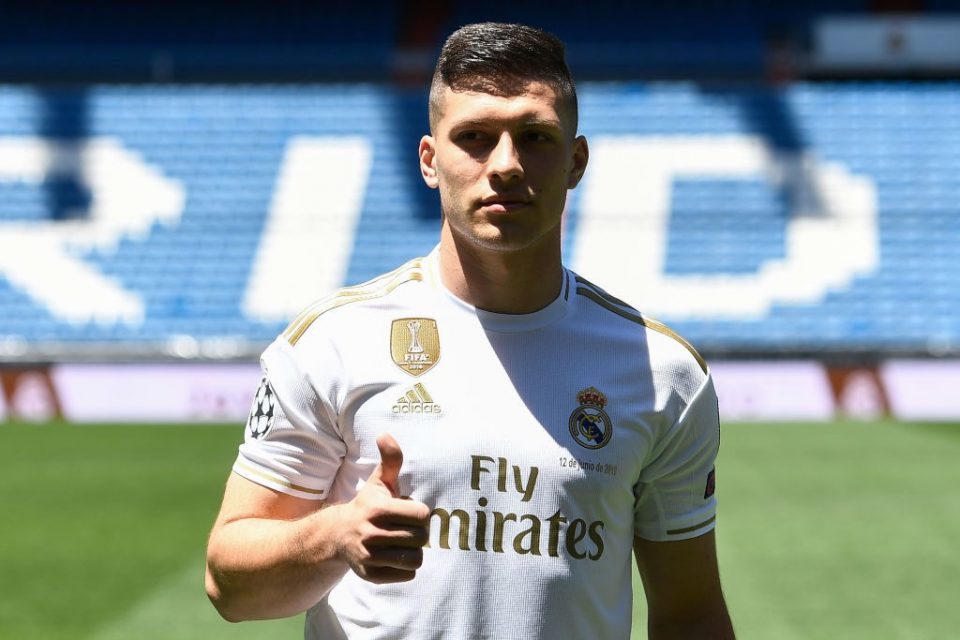 Inter are considering bringing in a fourth-choice striker as they defend their Serie A title and have drawn up a shortlist of options, including Real Madrid’s Luka Jovic.

As reported in today’s newspaper edition of Tuttosport, 22-year-old Andrea Pinamonti is currently training with the squad but is likely to depart this summer, whilst Martin Satriano has been called up to the first team ahead of a loan move.

New coach Simone Inzaghi is also assessing Eddie Salcedo following his stint at Hellas Verona last summer, but directors Beppe Marotta and Piero Ausilio are looking into the possibility of bringing in a new addition.

Real Madrid are determined to cut costs this summer and are actively seeking to move Jovic on, whilst agent Fali Ramadani has already proposed him to Inter, as the Nerazzurri weigh up an approach for the former Eintracht Frankfurt attacker.

A key target remains Sassuolo’s Giacomo Raspadori and Inter have been in negotiations, but the Neroverdi are reluctant to sell this year and so the deal may be deferred until next summer. Should Lautaro Martinez be sold this year, a move for Raspadori could be accelerated, however.

Inter are also considering former Nerazzurri forward Keita Balde, currently at Monaco, after working with Inzaghi at Lazio and he would be keen on a return to the Nerazzurri.

Napoli striker Andrea Petagna has also emerged as a target as a back-up to Romelu Lukaku, but a deal is unlikely due to the Partenopei’s determination to retain him as cover for Dries Mertens.

Should they be unable to secure any of their primary targets, Inter may return to Sassuolo to attempt to sign Gianluca Scamacca on loan.