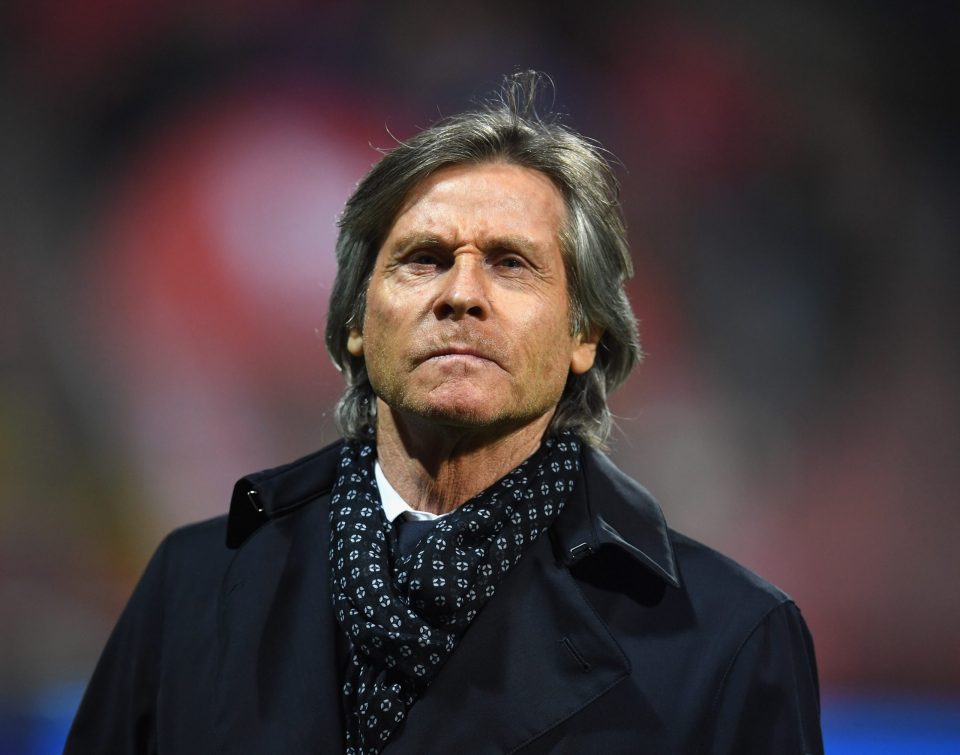 Technical coach Gabriele Oriali is set to depart from Inter, with the agreement on his exit close.

This according to today’s print edition of Milan-based newspaper Gazzetta dello Sport, who report that the Italian will not be replaced, and that Inter CEO Beppe Marotta and Sporting Director Piero Ausilio will instead take a more active role as intermediaries within the team.

Oriali joined the Nerazzurri in the summer of 2019 alongside head coach Antonio Conte, where he assisted the Italian in his duties.

When Conte announced his departure earlier in the summer, it was expected that Oriali’s future was in doubt, with the 68-year-old closely allied to the former head coach.

It had been speculated that the Nerazzurri would look to replace Oriali, with Riccardo Ferri among the candidates linked, but it now appears that the club will instead look to Marotta and Ausilio to be more present in the sporting centre.