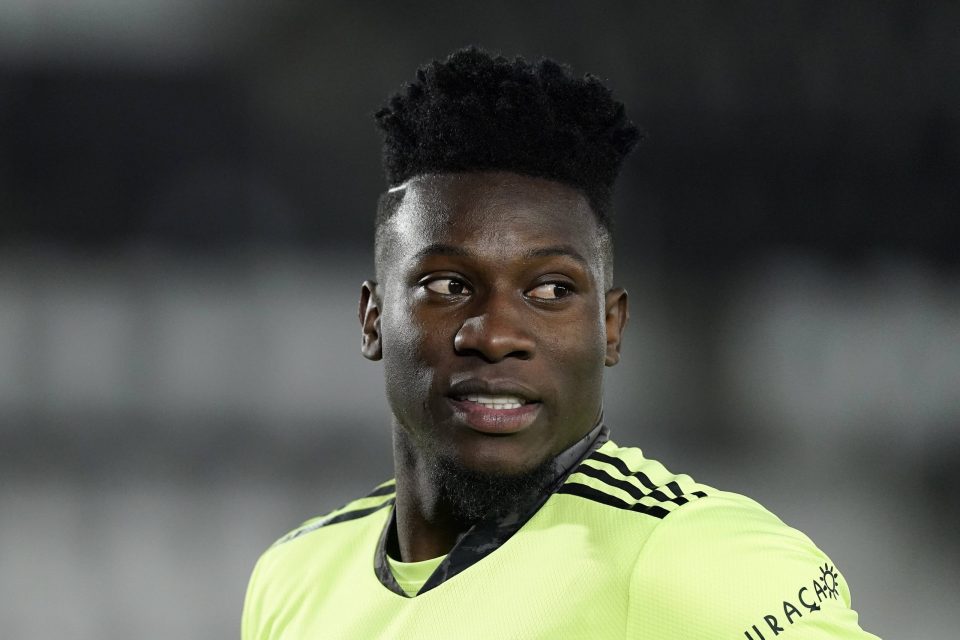 Ajax Sporting Director Marc Overmars has spoken about the situation of goalkeeper Andre Onana, with the Cameroonian linked with a move to Inter among other clubs.

Speaking to Dutch news outlet Voetbal International, the Director gave his views about the unique situation of the goalkeeper, and why the player could represent a major bargain in the transfer market this summer.

Onana is currently serving out the last few months of a one-year ban due to doping infringements, but is set to return to action in November.

The 25-year-old is one of the most well-regarded young goalkeepers in world football, and has attracted a number of suitors, with the Nerazzurri thought to be monitoring him as a long-term replacement for Samir Handanovic.

The club could move for him this summer for a bargain fee, or wait until next summer to sign him on a free transfer when his current deal with the Dutch giants runs out.

But as Overmars points out, the keeper’s situation means that they could face competition for his signature.

The Director stated, “For some clubs his situation may be an opportunity. Because if he had had a longer contract and he wasn’t currently suspended, he would be worth €30 million.”

“If I had been in the shoes of any other club,” he continued, “I would have acted quickly. You can still wait six months and sign him on a free transfer. But then there are also many more clubs and you have a lot more competition.”