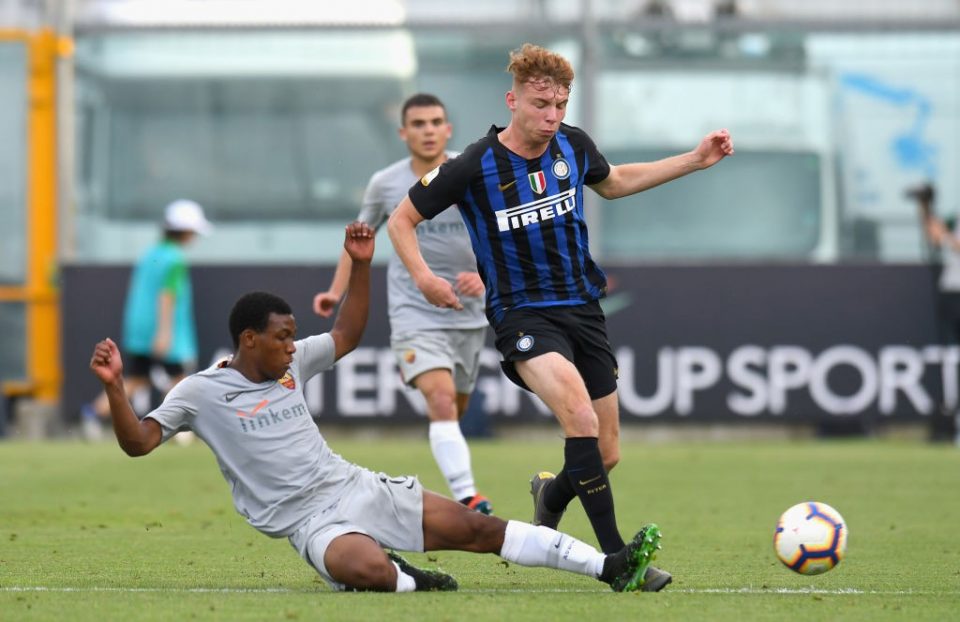 The agent of young Inter-owned winger Tibo Persyn has given an explanation of the young player’s situation at the Nerazzurri after the player made a loan move to Belgian champions Club Brugge.

Speaking to Belgian news outlet Nieuwsblad, the player’s agent Gunter Tiebaut explained that he believes the 19-year-old could have made his debut for the Nerazzurri by now, but that his progress was interrupted by COVID-19.

Brugge have officiall acquired the youngster on loan with an option to buy with his arrival announced yesterday, and the player’s Nerazzurri adventure could be complete should the Belgian club exercise their option to buy.

The player joined Inter’s youth sector from Brugge in 2018, and could now re-join the Belgians without having made a significant impact in Milan, but the player’s agent believes that it could have been otherwise.

COVID-19 has rocked the footballing world in terms of the overall effects of the global pandemic, but also in terms of the effects of the illness on individual players’ careers, and Persyn looks to be an example of this, with Tiebaut explaining how a lengthy spell away from the pitch with the illness prevented the winger from developing momentum in his burgeoning career.

“Tibo has already trained a lot with Inter’s first team.,” said Tiebaut about Persyn’s experience at Inter, “Without coronavirus, he would have made his official debut, but he remained out for nine weeks after testing positive.”