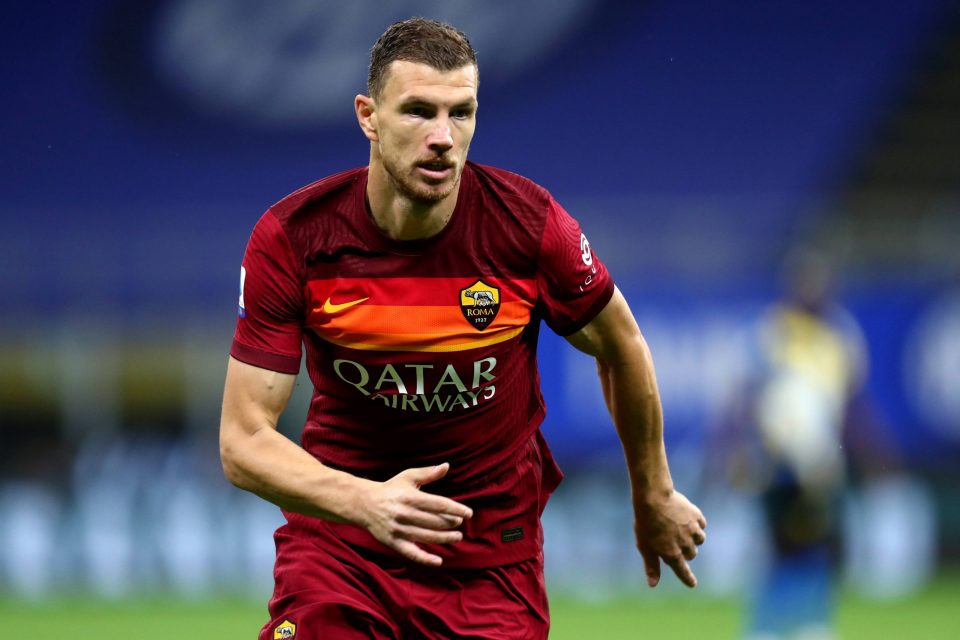 Roma striker Edin Dzeko has agreed to a contract proposal from Inter, with the two clubs now working on an arrangement, according to Italian journalist Gianluca Di Marzio.

In a tweet, Di Marzio confirmed that Inter’s efforts to replace Chelsea-bound Romelu Lukaku had seen them turn to Dzeko, after coming close to signing him in an exchange deal with Alexis Sanchez in January.

The Nerazzurri have offered the 35-year-old a two-year deal to move to the Stadio Giuseppe Meazza, whilst they met with Roma yesterday to try to come to an arrangement.

Roma themselves appear set to lose Dzeko and have already begun work on sounding out a replacement for him, as new coach Jose Mourinho prepares for his first season in the Italian capital.

Dzeko joined the Giallorossi from Premier League champions Manchester City in 2015 and has scored 119 goals in 260 appearances, helping them to the Europa League semi-final last season.