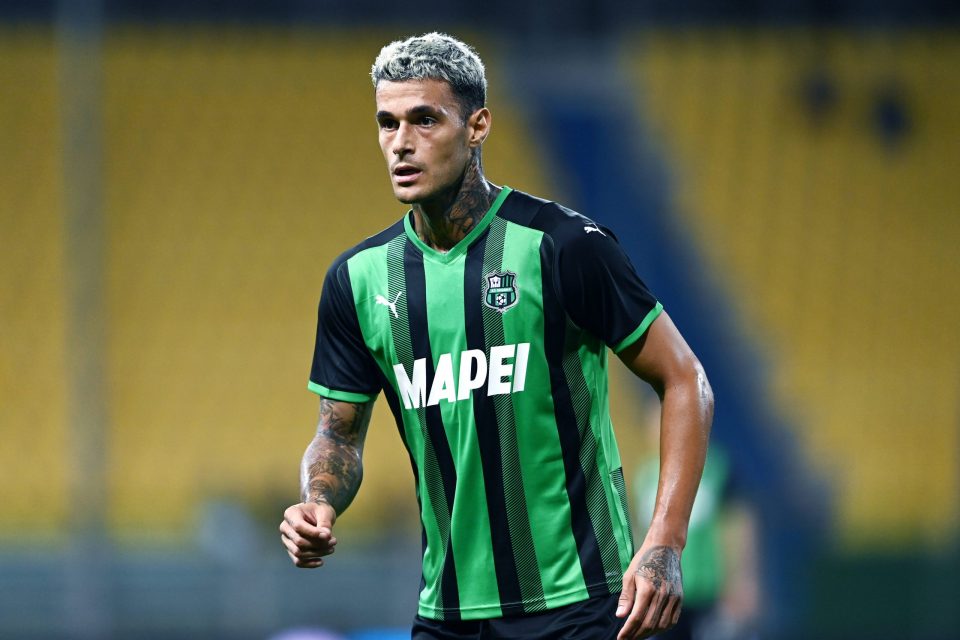 Inter could face competition for the signature of Sassuolo striker Gianluca Scamacca, with Fiorentina and Eintracht Frankfurt also tracking the 22-year-old.

This according to Italian broadcaster Sky Sport Italia, who report that the Italian is considering his future amid interest from a number of clubs with the Nerazzurri’s consideration of signing him as part of replacing Romelu Lukaku only one proposal.

Scamacca is thought to be a major target to be brought in by the Nerazzurri to reinforce forward areas should Lukaku be sold, in the event that Atalanta’s Duvan Zapata not prove attainable.

However, Fiorentina will also be in the hunt for the young Italian striker, with the Tuscans keen on a strong replacement for Dusan Vlahovic should he depart, and Eintrach would also like to bring the striker to Germany.

The interest of these clubs could test how serious Inter are about Scamacca, and of whether they would be able to make an attractive offer to the player and to the Neroverdi despite the interest of rivals.