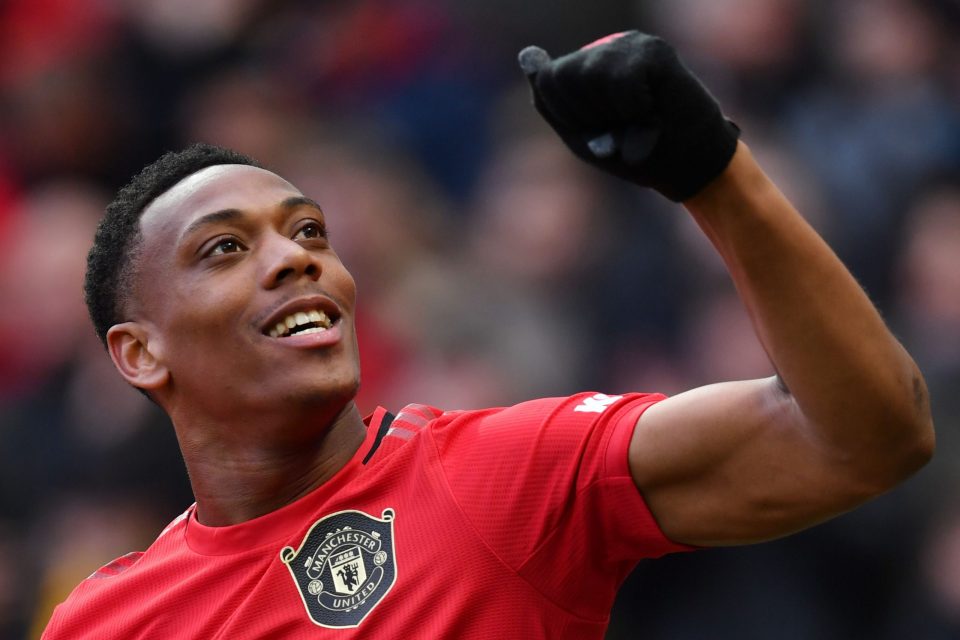 Inter’s search for a striker to replace Romelu Lukaku could see them turn to Manchester United forward Anthony Martial.

As reported in yesterday’s newspaper edition of La Repubblica, the Nerazzurri are sounding out names to take the place of Lukaku, who is closing in on a return to Chelsea.

Whilst Inter had been targeting Atalanta striker Duvan Zapata, it is felt that France international Martial could be available for a similar price, and may be more suitable.

Atalanta are holding out for €40 million for Zapata, whilst Inter are hoping to land Martial on an initial season-long loan before signing him permanently for the same figure.

However, Manchester United are not currently entertaining loan offers for the 25-year-old and only want to sell him outright this summer, although this stance could change as the transfer window progresses.

Martial joined the Premier League club from Monaco in 2015 and has scored 78 goals in 258 appearances for the Red Devils.