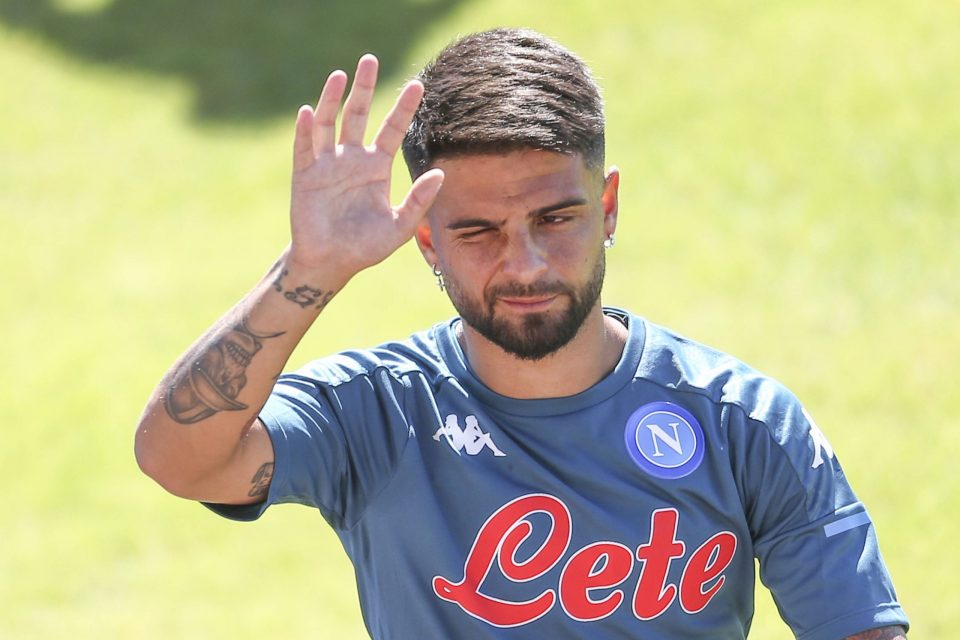 Inter are considering a move for Napoli captain Lorenzo Insigne, and are ready to offer Alexis Sanchez as part of an exchange deal for the 30-year-old.

This according to today’s print edition of Rome-based newspaper Corriere dello Sport, who report that the Nerazzurri could make a player-plus-cash offer which includes the Chilean as well as €15 million.

Insigne is out of contract at the end of June 2022, and contract talks with the Partenopei have not yet taken off to take him with the club beyond next summer, so the Nerazzurri are seriously considering how they could convince his club on a sale.

The Partenopei have placed a valuation of €30 million and could be firm on their price tag, but Inter are hoping that the inclusion of a direct replacement as part of an offer would be enough to persuade them.

The Nerazzurri are reportedly ready to offer the Napoli winger a four-year deal €6 million net per season plus image rights, and should the Partenopei accept a deal could move quickly for him.

One possible problem with making the deal work would be the size of Sanchez’s wages, with the Chilean earning €7 million net per season at Inter currently, out of the range of Napoli’s wage budget.

However, should this difficulty be overcome the Nerazzurri will hope that they can persuade the Partenopei on a deal including Sanchez.

Should the Nerazzurri not be able to reach a deal for Insigne this summer, they would also consider returning for him during the January transfer window, when he will only have six months left before his deal at Napoli expires.

Should they do so they would offer Napoli €7 million and offer the 30-year-old a contract running until 2026.