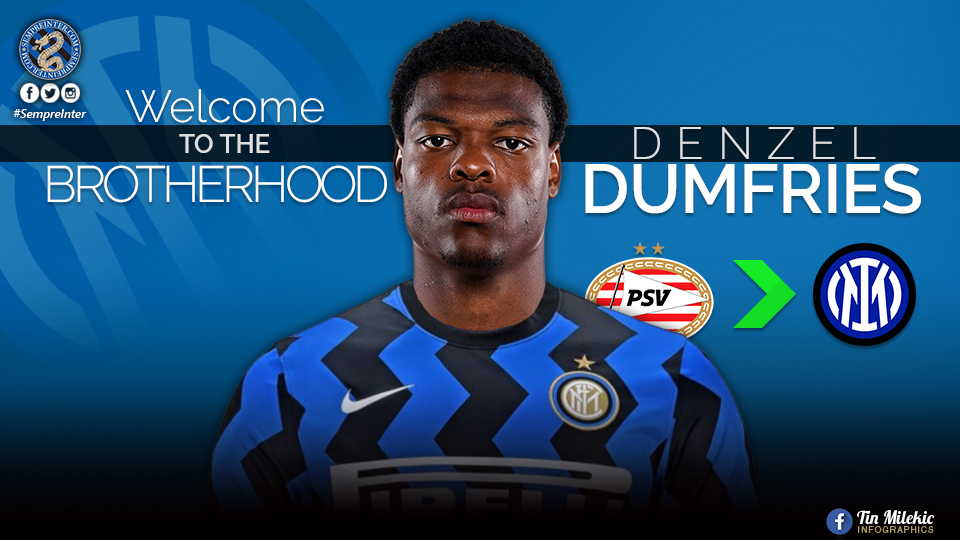 The transfer was made official by the Nerazzurri moments ago via the club’s official homepage which revealed that the Dutch player has signed a five-year contract with the Nerazzurri.

No official statement has been made as to the size of the transfer fee but it has been widely reported in Italy to be around €14 million, including add-ons.

Dumfries will reportedly earn around €3 million net per season including add-ons, although no statement regarding this has been made.

Since then, Dumfries has featured 124 times across all competitions for PSV Eindhoven scoring 16 goals in the process making the Eredivisie team of the year during the 2018/2019 season.

Dumfries, who has scored once in his two friendly caps for Aruba, has featured 23 times for the Netherlands scoring twice, both times in Euro 2020 earlier this summer.