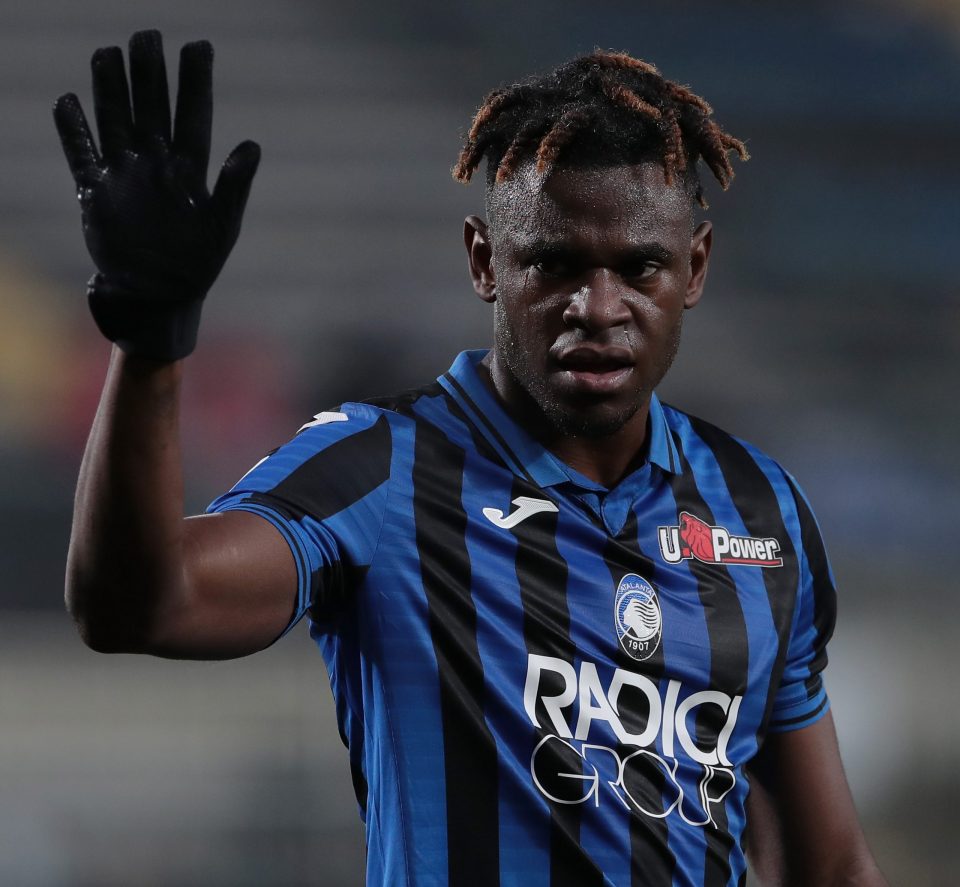 Inter will not be able to sign Colombian striker Duvan Zapata from Atalanta unless La Dea manages to find a replacement for him very quickly, according to a report in the Italian broadcast media.

As has been reported on TV by Sky Sport in Italy, there is currently an enormous amount of strikers that could find themselves leaving Serie A, joining Serie A, or moving between Serie A clubs.

This waltz of players is what Inter and Atalanta are now caught up in. They are slightly on the outside of it right now.

Dusan Vlahovic probably won’t move to Atletico Madrid now which means he could go to Tottenham Hotspur. If he did do that, Gianluca Scamacca would likely move to Fiorentina to replace him.

Atletico Madrid have now turned their attention to Hertha Berlin forward Matheus Cunha, which is a player that Atalanta have been considering as a Duvan Zapata replacement.