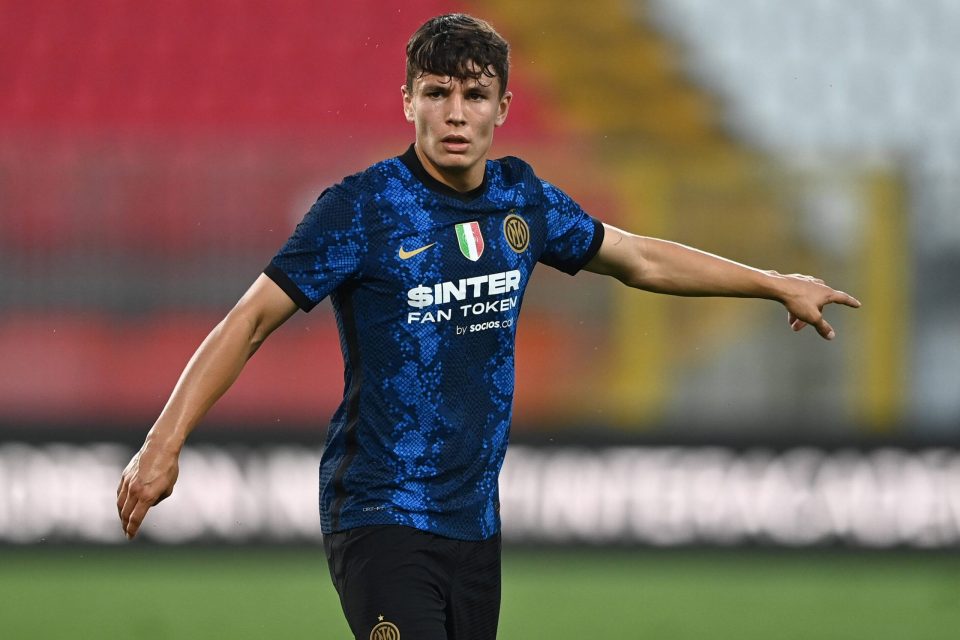 Young Inter wing-back Mattia Zanotti is still training with the rest of the Nerazzurri’s senior squad, and he has impressed head coach Simone Inzaghi.

This according to today’s print edition of Turin-based newspaper Tuttosport, who report that the 18-year-old is not overwhelmed by the experience of being with the first team, and has continued to hold his own as the new season approaches.

Zanotti joined Inter’s youth sector from Brescia in 2017, and he has grown into the Primavera team during his time at the club.

The youngster is not expected to regularly be in the senior team for the upcoming Serie A and Champions League challenges, but he has shown plenty for the future in his participation in full squad training and in friendlies.

Zanotti’s Primavera teammate from last season Martin Satriano has been the standout of young players during this summer’s preseason for Inter, but the wing-back has also made a big impression.