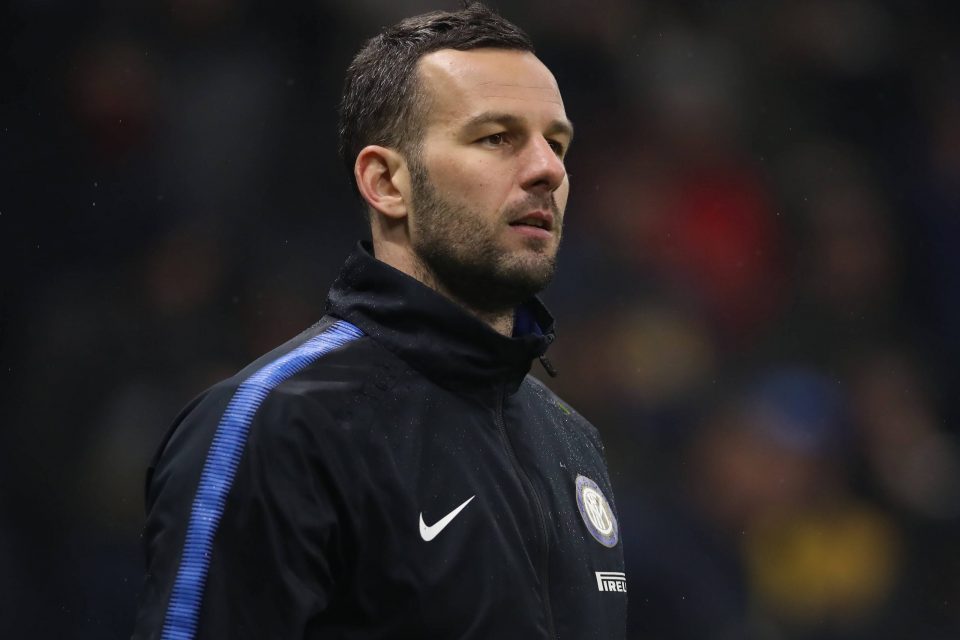 Inter goalkeeper Samir Handanovic is now the longest-serving player in the whole of Serie A having made 515 appearances, according to a report in the Italian print media today.

As has been reported by La Gazzetta dello Sport, the Slovenian goalkeeper has made the most Serie A appearances out of any player currently playing in the division.

The 38-year-old has been playing his football in Italy since 2004 and has spent every single year in the Italian top-flight except for the 2006-2007 season where he played in Serie B with Rimini.

Now the captain of Inter, he is about to start his tenth season in between the sticks at San Siro. Because of his advanced age, Inter are now having to make plans for who will replace him when he leaves or retires.

No one at the club currently quite fits the bill to play at his level so it is likely a signing will be made next summer.