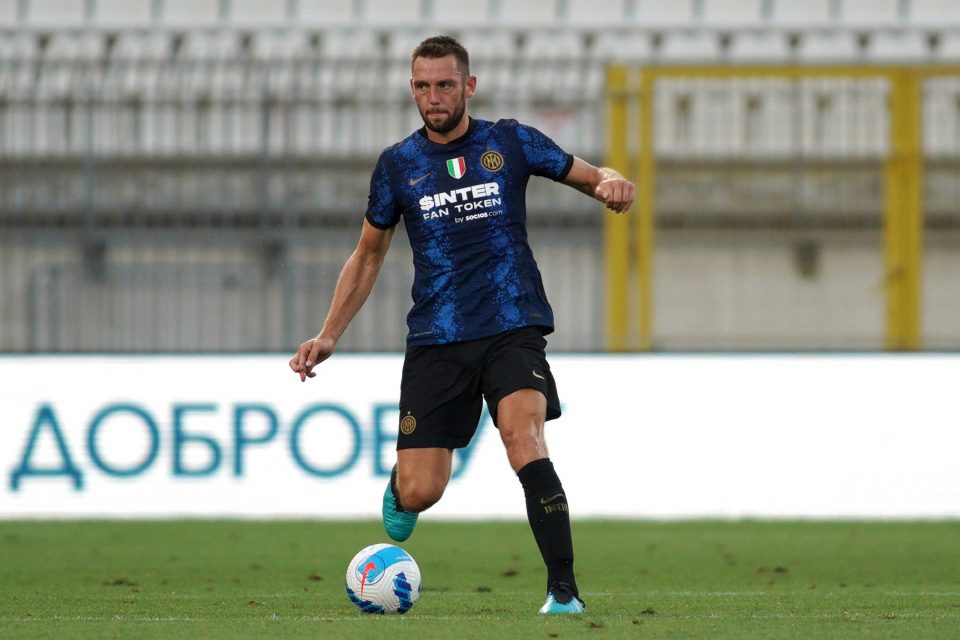 Inter’s Dutch defender Stefan de Vrij has expressed his happiness on Instagram with Inter’s commanding 4-0 win over Genoa to kick off their Serie A campaign and title defence.

Inter put down a marker in their first game by looking in many ways more impressive than they did last season when they won the Scudetto under Antonio Conte.

Stefan de Vrij will be looking forward to playing with his fellow Dutchman, Denzel Dumfries who joined from PSV Eindhoven this summer.

“The best possible start in front of our fans!” the caption reads.