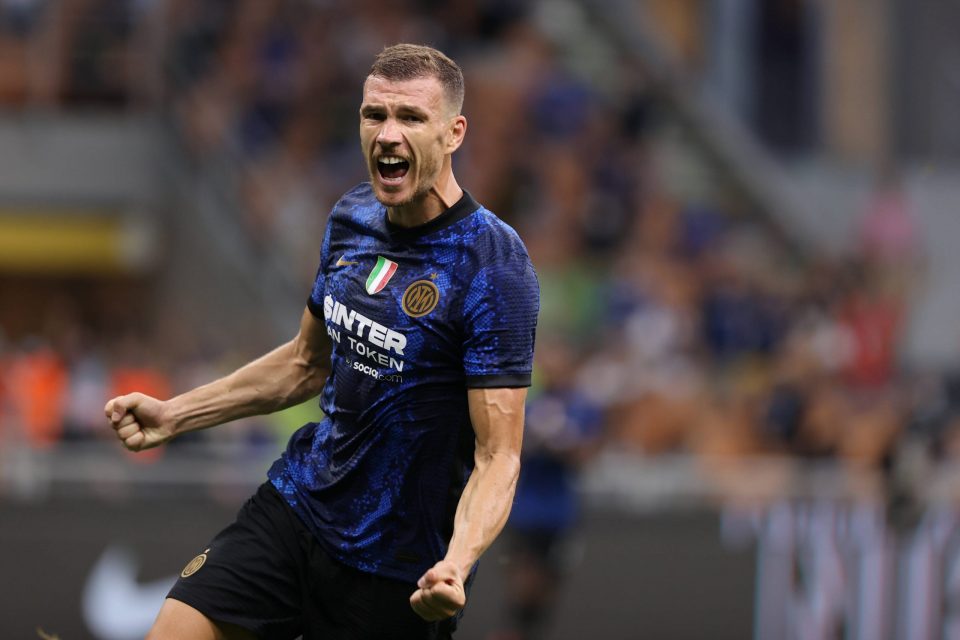 New Inter striker Edin Dzeko has shared a photo on Instagram showing how pleased he is to have gotten off to both a winning and scoring start in his Inter career.

The Bosnian striker scored Inter’s fourth goal in the commanding 4-0 victory over Genoa in the Nerazzurri’s opening game of the new Serie A season.

He also played the pass that Hakan Calhanoglu ran onto before he smashed a low shot into the bottom corner to make it 2-0.