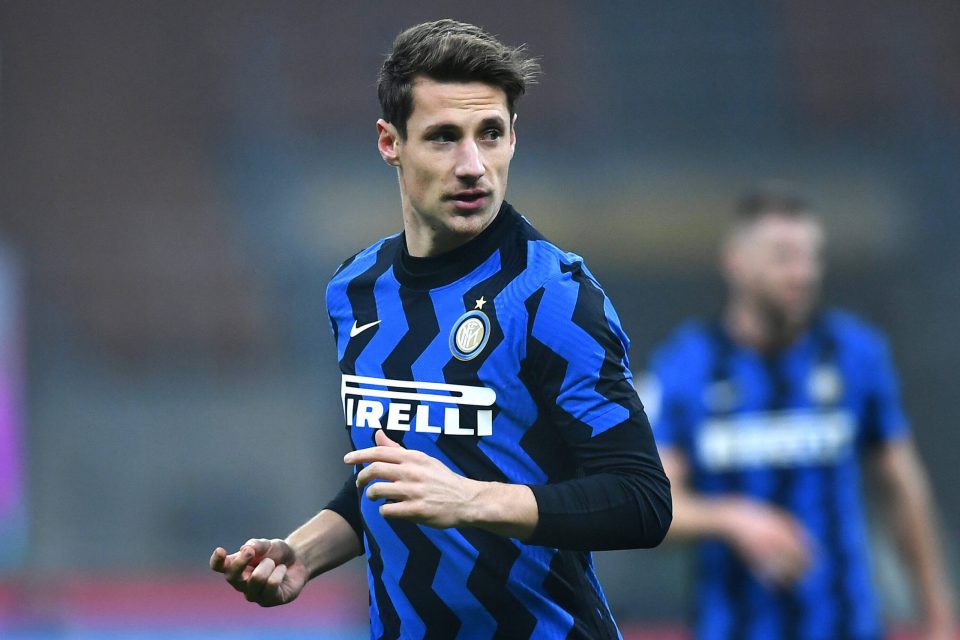 Inter striker Andrea Pinamonti has departed from the Nerazzurri to join newly-promoted Serie A side Empoli on a dry loan for this season.

This is confirmed by the Nerazzurri’s official site, who announce that the Tuscan club have completed the loan signing of the 22-year-old for the rest of the season.

Pinamonti had been expected to leave the Giuseppe Meazza for much of the summer, with the player having been out of favour under Antonio Conte and not in the plans of Simone Inzaghi either.

Empoli have been the club most closely following the striker, and they have been working hard to get a loan deal for him wrapped up for some weeks, though they have faced competition from a number of other clubs in Italy and elsewhere in Europe.

However, the Tuscans have finally gotten their man, who will depart from Inter and try to help them retain their top flight status during the rest of the campaign.